The metal legends rock "Wherever I Roam", "The Unforgiven", and "All Within My Hands" during the appearance 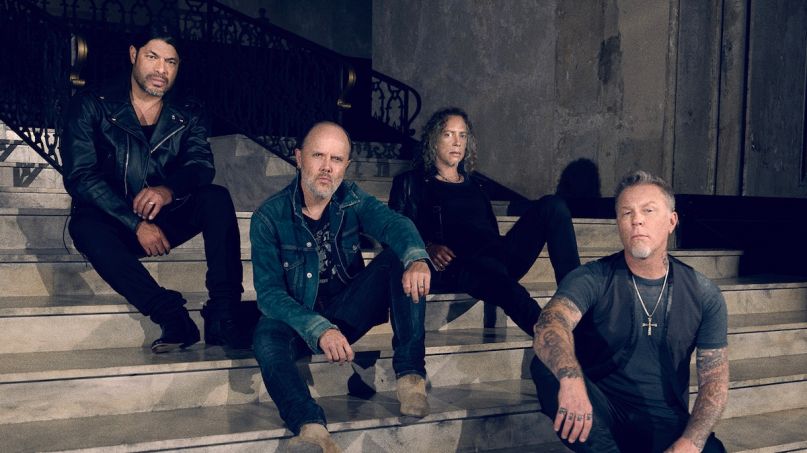 Metallica checked in from their Bay Area headquarters to chat with Howard Stern on his SiriusXM show Wednesday morning (August 12th). They also performed a few songs, including “Wherever I May Roam”, ‘The Unforgiven”, and “All Within My Hands”.

The metal band’s lengthy appearance started with Stern asking if they felt pressured to adopt the glam-metal look that was wildly popular among many of their peers in the ’80s. “We were far too ugly to look like women,” quipped James Hetfield. The band further explained that they considered themselves the antithesis of the hair-metal scene.

“These are our peers now and we totally respect these guys in different ways,” Lars Ulrich said about the glam-metal bands, but admitted that back in the day they were “the enemy, the opposition, that was who stood in our way for achieving what we wanted to do.”

Metallica also discussed working with Lou Reed for the 2011 collaborative album Lulu, with Kirk Hammett telling Stern that Reed put the kibosh on his wah pedal during the sessions. While the album was critically panned when it was released, Metallica said it was a rewarding experience recording with The Velvet Underground legend, with Ulrich adding he “wouldn’t change a thing.”

Stern also asked Hetfield on how the pandemic is affecting his sobriety, following the frontman’s stint at a rehab center last fall. “For me, it’s a real blessing that I get to be home in Colorado for more than two weeks,” remarked the frontman. “Now, being at home … [I’m] building a community of friends that I did not have before.”

In between conversing with Stern, the band performed three songs, beginning with “Wherever I May Roam”, followed by “The Unforgiven”, and then closing with “All Within My Hands”. Stern also had Hammett jam a little bit of Jimi Hendrix’s “Purple Haze”, with Hetfield jokingly singing the misheard lyric, “Excuse me, while I kiss this guy.”

The full Howard Stern show with Metallica can be streamed via SiriusXM, while select clips of the performances and interview can be seen below.