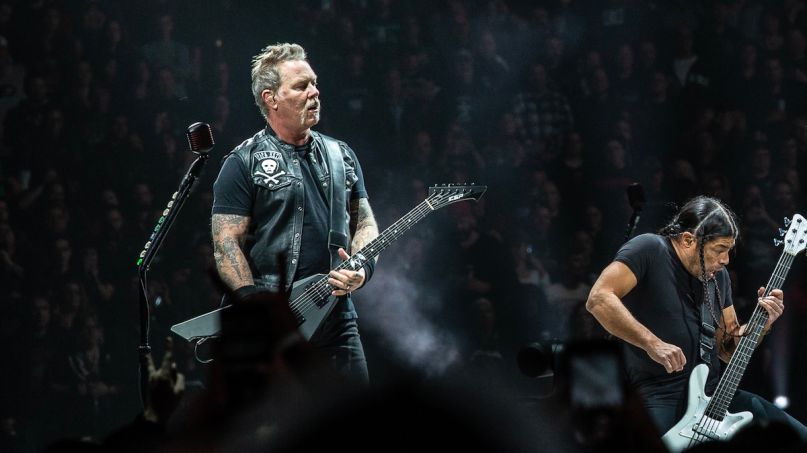 It’s been quite a treat for Metallica fans, but all good things must come to an end. The metal legends are ending their #MetallicaMondays streaming concert series with a Mexico City show from 2017.

Metallica launched the free weekly series at the beginning of the COVID-19 pandemic as a way to provide “live” entertainment to their fans as the concert industry shut down. After five months of digging into the archives for full concerts ranging from 1983 through 2019, the Mexico City show will close out the series.

The band announced the news on Monday morning (August 24th) via Twitter, stating, “#MetallicaMondays reaches the end of the line. Tune in tonight for Live in Mexico City, the 23rd & final installment of the series, shot in front of a fired-up crowd in 2017. Tune in at 5 PM PDT on YouTube for the premiere or watch on-demand whenever ya want afterward.”

In addition to ending the streaming series, Metallica announced a limited-edition “tour” T-shirt to commemorate #MetallicaMondays. The tee, which lists all of the weekly streams on its back, is available for five days only at the band’s website.

Watch Metallica’s full 2017 Mexico City concert beginning at 8 pm. ET / 5 p.m. PT, and see the front and back of the special-edition T-shirt, below.