Metallica Open Up About James Hetfield’s Rehab Stint: It Was “Deeply Unsettling” 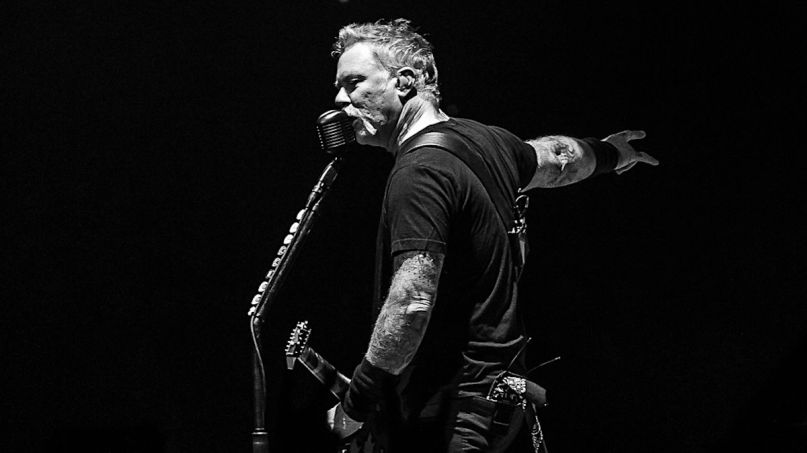 The members of Metallica have opened up about frontman James Hetfield’s rehab stint in a new interview. The band has also revealed their performance of “For Whom the Bell Tolls” from their upcoming multi-format S&M2 audio/video release, out August 28th.

In a conversation with Metal Hammer, Lars Ulrich, Kirk Hammett, and Robert Trujillo spoke candidly about their bandmate Hetfield and his decision to enter rehab last fall to deal with addiction issues. It came as a surprise to both the band and fans, as concert dates and festival appearances were moved to accommodate Hetfield’s schedule and give him the proper space for recovery.

“We really didn’t see it coming,” Trujillo said. “James seemed like he was fine, but then you look back and you try to analyze the situation over time and see where there were red flags. Being on the road can be very challenging, and I would imagine for James, to get up there in front of all those people and have to be ‘on’ — meanwhile, your family’s not with you and all these things are going on, it builds up.”

Hammett added, “Whenever something happens to a band member like this, it’s so deeply unsettling. It comes as a shock. You have to do a bit of scrambling just to cover some ground.”

Ulrich explained that while he and the other band members may not have seen it coming, they were prepared once they got the news. “I’m an only child, so these guys have been in my life longer than anybody else other than my parents,” the drummer remarked. “We know what the MO is. As you see your brothers, your friends, your partners go through ups and downs for decades, you know what the process becomes.”

These days, Hetfield is back jamming with Metallica, who recently performed three songs on Howard Stern’s radio show. The band is also performing a new concert to be broadcast at drive-in theaters across North America on August 29th.

Shortly before Hetfield entered rehab, Metallica performed a pair of “S&M2” shows alongside the San Francisco Symphony — a sequel to their symphonic metal collaboration from 1999. A concert film capturing the gigs screened in movie theaters worldwide last October, and it was hard not to consider Hetfield’s condition while watching the movie. Heavy Consequence reviewed an early screener of the film, and we found the performance to be especially triumphant given the circumstances.

For the upcoming Blu-ray and album release of S&M2, the audio has been remastered and the film re-edited, correcting some of the rough edges and the seemingly unmastered sound that hindered the theatrical cut.

Watch the newly released live version of “For Whom the Bell Tolls” from S&M2 below, and pre-order the deluxe box set here or other formats here.