From their upcoming album Atlas Vending 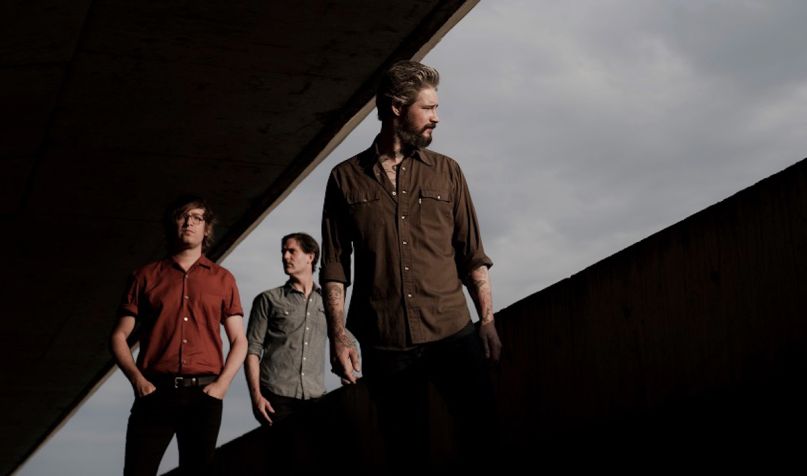 Toronto punks METZ have shared “Hail Taxi”, a new single from their upcoming album, Atlas Vending. That song title may bring to mind anxious city streets and obnoxious horns, but the track itself is a propulsive number, essentially settling you inside a taxi that’s already racing full speed ahead and you happen to be along for the ride. It almost makes their previous Steve Albini-produced tracks sound like a walk in the park.

“‘Hail Taxi’ is about looking back,” explained frontman Alex Edkins in a statement. “The lyrics deal with the idea of reconciling or coming to terms with who you were and who you’ve become.” It’s the latest in a string of themes about distancing yourself from the negative, following Atlas Vending lead single “A Boat to Drown In”.

In the song’s music video, directed by A.F. Cortes, a person can be seen thrashing around in an endless pool of water. When they awake, they’re on a tiny wooden rowboat in the middle of the liquid expanse. Beside them are trash bags, a thick bundle of rope, a lantern, and seemingly random objects. As they begin to unravel the rope and drop it over the edge of the vessel, things get ominous as they dump item after item into the water — including a mask — and the music speeds up.

According to the director, this visual quite literally brings the song to life. “I wanted to tell a simple story that captures the song’s overarching theme,” said Cortes in a statement. “The idea of longing for the past creates many visual motifs and I wanted to create a piece that feels timeless and conveys a sense of isolation, highlighting that while we can hide our feelings, we can’t run from them.”

Watch the video below. Pre-orders for Atlas Vending are now live.