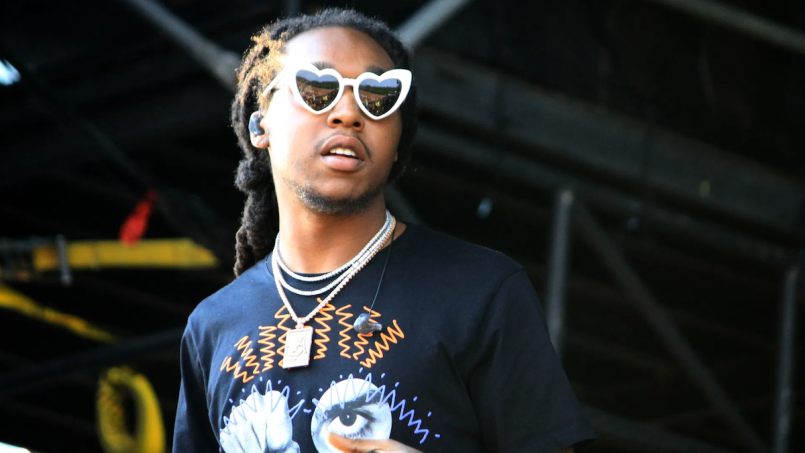 Migos member Takeoff has been accused of raping a woman during a party this past June. The allegations come from a civil suit filed by the anonymous victim in which the rapper faces complaints of sexual battery, assault, false imprisonment and gender violence.

According to the filing, the alleged victim is a friend of Migos’ DJ, Daryl “Durel” McPherson. She was invited to a party on June 22nd at an Encino-area residence and arrived around 7:00 p.m. The victim claims Takeoff was making unwanted advances towards her while a gun sat on a nearby table. She reportedly told Durel this was making her uncomfortable, which led to him and Takeoff arguing on the stairs.

At around 2:00 a.m., with the two Migos members still arguing, the woman went to an upstairs bedroom to rest. At this point, she claims Takeoff followed her in and “proceeded to have forceful sexual intercourse with Plaintiff from behind, without Plaintiff’s consent. After Defendant Takeoff finished raping Plaintiff, he immediately left the room.”

The suit states the alleged victim went to a hospital the next day, where staff “observed physical evidence of forceful rape and notified the Los Angeles Police Department of the same.” While the plaintiff’s representation says the LAPD are investigating the incident, there have been no formal rape charges against Takeoff. One of the woman’s attorneys, Neama Rahmani, told Variety she was surprised “Takeoff hasn’t been arrested or charged yet.”

“The delay is uncommon in my experience as a former prosecutor, especially when you have a rape victim who made an immediate report of the sexual assault and is ready and willing to cooperate with law enforcement,” Rahmani continued. “We decided to file the civil lawsuit now with the hope that witnesses will come forward and that we uncover additional evidence to support our claims, and that the media attention will motivate LAPD to pursue the investigation more aggressively.”

“The claims and statements made regarding this lawsuit indicate that the plaintiffs’ representatives have not spoken with relevant witnesses or reviewed available evidence. Mr. Ball is renowned for his artistic talent as well as his quiet, reserved and peaceful personality. In this instance, those known personality traits have made him a target of an obvious exploitative money grab. As his counsel, we are well aware and well versed on the importance of civil and criminal prosecution of true sexual assaults. This is not one of those situations.”

Even if Takeoff isn’t charged with rape by the LAPD, the alleged victim’s lawsuit is seeking damages to be determined by a jury at trial.