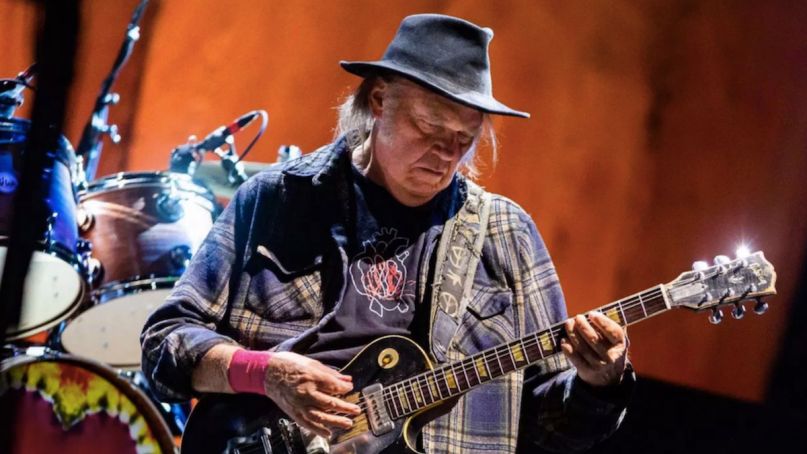 As predicated, The Times EP captures July’s “Porch Episode” of Young’s Fireside Sessions series. The performance featured his updated “Lookin’ for a Leader 2020”, which contains revised lyrics to match the current state of political affairs in 2020. Also included are renditions of “Ohio”, “Alabama”, “Southern Man”, “Campaigner”, and the Homegrown cut “Little Wing”.

Rounding out the collection — and giving it its name — is a cover of Bob Dylan’s enduring “The Times They Are A-Changin'”. Young has released the recording via his Neil Young Archives, and you can also stream it on Amazon Music or via the embedded player ahead.

Speaking of his decision to release The Times as an Amazon Original, Young stated, “I’m on Amazon Music because no one delivers better sound to the masses.” The folk icon has a long history of championing the highest quality digital audio available, though the choice to go with Amazon over something like TIDAL may also read to some as conflicting with his principles on big business.

Either way, The Times is coming to Amazon Music on September 18th. That same day, the full Fireside Sessions “Porch Episode” will also become available on Prime Video. Find the EP artwork and tracklist below.