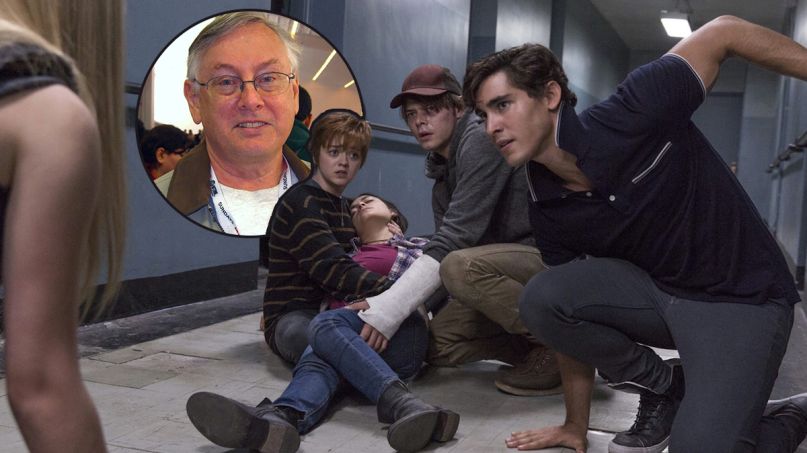 After years of waiting, The New Mutants has finally been released — in theaters, no less! The wait apparently doesn’t seem to have been really worth it, if early reviews are to be believed. One viewer who’s certainly unhappy is New Mutants co-creator Bob McLeod, the original artist on the comic book written by the legendary Chris Claremont. Not only is he displeased with how his characters look on the big screen, he’s understandably pissed that his name is misspelled in the credits.

In a Facebook post, McLeod vented his dismay. Even though he wasn’t entirely on board with the “interesting idea” to make it a horror movie, he still “was very excited” the New Mutants were being adapted at all. But then he saw how the characters’ appearances changed in the new medium, and he began having doubts. While emphasizing he likes the actors individually, he was “disappointed” at alterations like Dani (Blu Hunt) not having her iconic braids, Rhane (Maisie Williams) not having spiky red hair, and Sam (Charlie Heston) being less “tall and gawky” than originally designed.

“But mainly I was very disappointed that Roberto [played by Henry Zaga] isn’t short and dark-skinned,” he wrote. “Yet another example of Hollywood white-washing. There’s just no excuse. So basically, #JoshBoone erased everything I contributed to the way the characters look.”

It’s true that filmmaker Josh Boone based much of the movie’s look on the more unconventional avant garde style of later New Mutants artist Bill Sienkiewicz, but even that art kept much of what McLeod described intact.

What really pushed McLeod over the edge, though, was that his name is spelled “Bob Macleod” in the film’s credits. “They couldn’t even be bothered to check the spelling of my name sometime in the last three years. And that can’t be fixed. That will be on the movie forever,” McLeod said. “I think I’m done with this movie.”

In a comment on Comic Con organizer Mitchell Hallock’s Facebook review of the movie, Sienkiewicz himself actually responded to the typo (via Bleeding Cool):

“Unbelievable — that misspelling is pretty egregious. I suspect a nameless exec. This wasn’t Josh’s screwup — he told me Bob would get a creator credit and he definitely knows how to spell everyone’s name. I will reach out to some folks at Disney to let them know — hopefully it can be corrected ASAP.”

Meanwhile, Maisie Williams seems to be embracing the bad press around the movie. Sharing a Forbes review with the headline “New Mutants Is The Worst X-Men Movie Ever” (yes, even worse than X-Men Origins: Wolverine), the actress tweeted, “Sounds like a must see! 🧚🏼‍♀️ Get your tickets now ✨.”

One has to wonder if, given all this criticism, Disney/20th Century may have actually been better off just releasing this thing to VOD; it’s certainly more enticing to watch it at home than risk going to a cinema during a pandemic to see a crummy film.