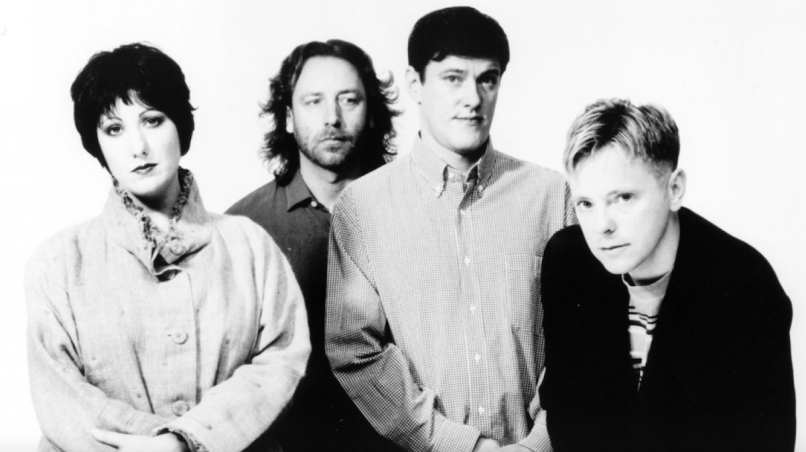 The reissue contains Power, Corruption & Lies remastered from its original analogue tape masters for the very first time, pressed on both CD and vinyl. A second disc boasts previously unreleased recordings from New Order’s writing sessions, such as early takes of “Blue Monday” (including an instrumental), “Age of Consent”, “Ecstasy”, and a demo of “Thieves Like Us” tracked in New York. Also included is the band’s four-song John Peel Session from 1982, which is receiving a separate 12-inch reissue for the Record Store Day Drop on August 29th.

As for the DVDs, they’re filled with complete concert films and TV performances. Full shows include a June 26th, 1982 performance at Manchester’s The Hacienda; an April 24th, 1983 concert at Ireland’s Rosehill Hotel; and another Hacienda gig from July 20th, 1983. There’s also a Channel 4 Play at Home documentary, BBC Top of the Pops appearances, and live selections from concerts at Minneapolis’ First Avenue, Birmingham’s Tower Ballroom, Berlin’s Metropol, and elsewhere.

In addition to the limited edition box set, New Order will separately reissue four 12-inch vinyl non-album singles from the era: “Blue Monday” b/w “The Beach”, “Confusion” b/w an instrumental and rough mix, “Thieves Like Us” b/w “Lonesome Tonight”, and “Murder” b/w a “Thieves Like Us” instrumental.

Check out the artwork and a peek at each individual part of the box set below, followed by the complete tracklistings.

New Order recently announced rescheduled dates for their co-headlining tour with Pet Shop Boys after postponing the trek due to the pandemic. The shows are now set for September and October of 2021, and you can find tickets here.

DVD 2
Play At Home
Channel 4, 1984 documentary made by New Order