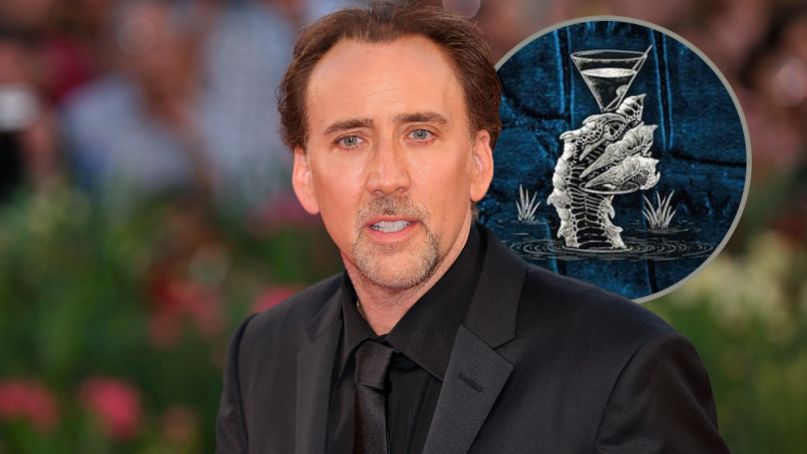 Nicolas Cage is following in the proud lineage of Sean Connery, Benedict Cumberbatch, and Rachel Weisz by lending his voice to a CG dragon. The actor has signed on to play the title character in Amazon Prime’s adaptation of Highfire (via Deadline).

The live-action series is based on the crime thriller novel by Eoin Colfer, best known for his Artemis Fowl series (which took Disney years to turn into a completely terrible movie). Unlike those books, though, Highfire is aimed at an adult audience, with The Guardian describing it as “True Detective meets Swamp Thing.”

It’s centered on Highfire (Cage), a dragon who used to lord over his brethren but now lives in the Louisiana Honey Island Swamp. Going by the name “Vern,” he hides amongst alligators when he’s not watching Flashdance or downing vodka in his humble bayou shack. He’s determined to keep himself safe by any means necessary, a violent self-preservation that becomes harder when he meets a human teenage named Squib. Squib runs booze for the local mob, and when his trouble lands at Vern’s door, the two form an unlikely friendship for mutual survival.

This is the second high-profile TV project Cage has signed onto in recent months. In May, it was announced he’d play Joe Exotic in a scripted series based on the Tiger King star’s life.