Daniel Ek recently said the secret to success is not higher Spotify payout rates, but more output from musicians 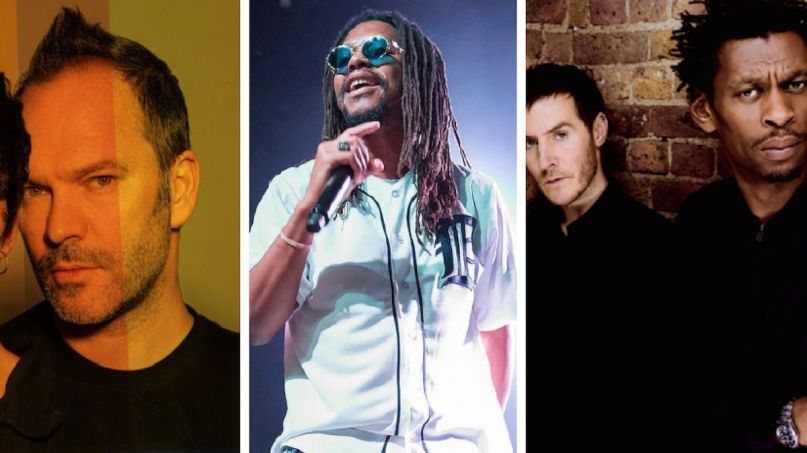 Thom Yorke once compared Spotify to “the last desperate fart of a dying corpse” and, these days, the streaming company is sure earning the reaction of one. Last week, Spotify CEO Daniel Ek suggested the secret to higher Spotify payout rates is more output from musicians. Since then, everyone from Nigel Godrich to Lupe Fiasco has been putting the tone-deaf billionaire on blast.

“There is a narrative fallacy here, combined with the fact that, obviously, some artists that used to do well in the past may not do well in this future landscape, where you can’t record music once every three to four years and think that’s going to be enough,” commented Ek in his now-infamous interview. “The artists today that are making it realize that it’s about creating a continuous engagement with their fans. It is about putting the work in, about the storytelling around the album, and about keeping a continuous dialogue with your fans.”

Considering Spotify is known for dismal streaming payout rates, with another report revealing that a mid-sized indie label can earn just $0.00348 — less than a penny! — per stream, it’s no surprise Ek wants to shift the blame and responsibility off his company. Dumping it directly onto the shoulders of artists is a horrible idea, but Ek doubled down on his stance, saying, “I feel, really, that the ones that aren’t doing well in streaming are predominantly people who want to release music the way it used to be released.”

That’s when the pushback started to flood in. “Leech complains of body bleeding too slowly,” tweeted Godrich alongside a link to the article.

Ek was labeled an “obnoxious greedy little shit” by David Crosby and told to “Go fuck yourself” by Mike Mills of R.E.M. Dozen more artists have chimed in to scold the CEO as well, including Massive Attack, Neko Case, Jason Isbell, Laura Jane Grace, Clipping., Zola Jesus, and Mike Portnoy.

“This bitch has nothing to say to musicians,” wrote Case. “He KEEPS our royalties.”

“This man has never created anything as lasting or as beautiful as the worst song by your least favorite band,” said Clipping.

There are also noteworthy responses from RJD2, Cloud Nothings, Fucked Up, BATHS, Joan Osborne, Nadine Shah, and Mary Chapin Carpenter in addition to responses from individual band members like Dee Snider of Twisted Sister, Peter Berkman of Anamanaguchi, Geoff Barrow of Portishead, Sebastian Bach of Skid Row, Keith Buckley of Every Time I Die, and Al Doyle of LCD Soundsystem and Hot Chip.

Check out some of the greatest hits below.

Just little correction for the ceo of @Spotify

The schedule to release music over the course of years was a standard set up by the recording industry so as to keep artist under contract longer also due to media/press cycles + time to manufacture & distribute physical units.

In Daniel’s streaming dreams of the future, his company’s algorithms will not only determine the platform’s playlist feedback loop, they will actually replace the artists.
And he won’t have to pay anyone. https://t.co/bFy0aMDNng

This bitch has nothing to say to musicians. He KEEPS our royalties. #FuckYouPharaoh https://t.co/3uMSCTVztL

While you (the listener) benefit & enjoy spotify, it's part of what's killing a major income stream for artist/creators. The amount of artists "rich enough" to withstand this loss are about .0001%. Daniel Ek's solution is for us to write & record more on our dime?! Fuck him! https://t.co/IpPy7QCQWB

I mean, Hendrix put out an album every few months and it worked out great for him! *CHECKS NOTES https://t.co/KOAF6zq0KT

What really pisses me off about this is that in order to pay for my spotify subscription and to pay for my Avid/ Pro Tools subscription (the most prominent DAW used for recording music) I need like a million + streams a year. Then after that I can start earning pennies to live on https://t.co/uQyUwaCsSq

This man has never created anything as lasting or as beautiful as the worst song by your least favorite band https://t.co/jlWC7yXhiq

it is extremely clear that @Spotify billionaire daniel ek has never made music, or art of any kind for that matter. he refuses to understand there's a difference between commodities and art. the potential for cultural growth will suffer because of it.

(1 of 2) What a greedy little bitch…it’s bad enough that he’s worth BILLIONS based on stealing and giving away other musician’s music…but now he’s suggesting we need to make MORE music for HIM to make more money!!! F-@Spotify and F-@eldsjal 🖕🤬https://t.co/gMCs2lNAPu

we've put out an album just about every year since we started & streaming alone does not pay the bills. i do kinda understand what he's saying but it's still basically an artist-unfriendly stance. simply creating more streamable music does not equal making a living from streaming https://t.co/6nJASb0ejh

like imagine if car companies were upset they weren't making enough money selling cars because somehow they were being devalued before they got to consumer. and the the President of Cars was just like "make WAY MORE CARS" to every single car company on earth at the same time https://t.co/HU2mrraG1S

Daniel Ek has no idea what he’s talking about. He has never created any music in his life and has zero right to tell any working musician what they can and can’t do. STFU, asshat. https://t.co/3sOVRCFQOQ

Millionaire Daniel Ek telling us how it is here. What are we to do? Im tired of having to kiss the arses of these companies that exploit me and other music makers. We need the whole music community (including fans) to come together and demand change. https://t.co/88NaecyOtH

Wow, all this time I just haven’t been working hard enough RT @thefader: Spotify CEO Daniel Ek says working musicians can no longer release music only “once every three to four years.”https://t.co/OBH6iv6g3e pic.twitter.com/PuM3oWMhSN

you can tell how much i love music by the guitar on my shirt https://t.co/rRIZAGCZgY

There are quite a few artists that do very well out of Spotify
Most of them own the rights themselves and the music is fuckin awful non descriptive live style tunes.
So look out for my “chilled beats” collection coming soon. https://t.co/xOC6b23UvU

When this guy puts out an album himself I will listen to him tell me about my albums https://t.co/wveGKXTIEk

Imma lock Daniel Ek in my crawl space and release *him* once every three to four years. https://t.co/aaN6qAq7lm

sure, on one hand Spotify is vampiric and exploitative of naive talent. but on the other hand, $.17 split 5 ways every six months is income I never would have earned had I not sacrificed years of my life to making the music found there. so who’s to say, really

it’s wild how the spotify ceo talks about musicians needing to adapt to the “future landscape” of music when it is 100% spotify’s fault that we are all making less money.