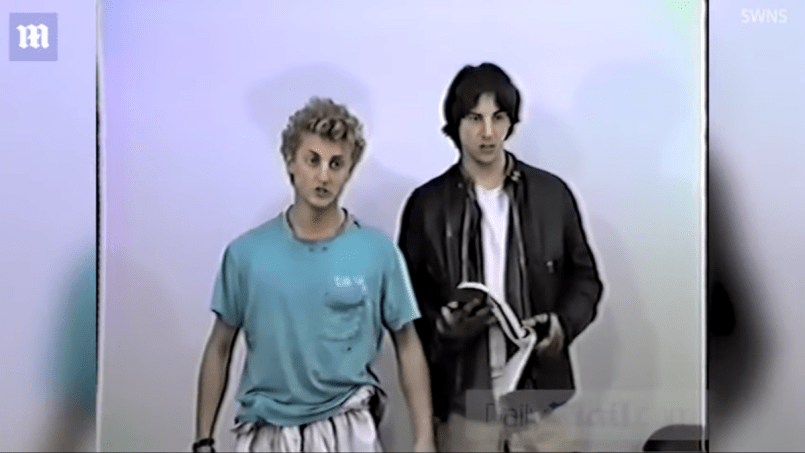 Bill & Ted 3: Face the Music is finally set to arrive later this month. Ahead of the anticipated release day, never-before-seen audition tapes of Keanu Reeves and Alex Winter have surfaced to show us exactly how their excellent adventure all began.

The archived footage, obtained by The Daily Mail, dates back to 1986. And although the two young actors hadn’t even officially landed their Bill & Ted parts, it was obvious they already felt quite excellently about one another. According to someone who was on set that day, their natural chemistry was instantaneous from the moment they met: “Alex and Keanu kind of picked each other. They found each other in the big waiting room on day one and they started hanging out together.”

From there, the two easily nailed their auditions for the parts of William “Bill” S. Preston Esq. and Ted Theodore Logan. Well, sort of.

One interesting piece of trivia revealed in the archived footage is that Reeves and Winter actually originally auditioned for each other’s roles. In the footage, Winter plays the part of Ted and Reeves reads lines as Bill, which is a strange switch to witness for longtime fans of the franchise.

All role reversals aside, the boys’ hammy expressions, burnout mannerisms, and spontaneous air guitar skills were totally awesome from the get-go. These guys were clearly born for these roles, and that’s part of the reason why 1989’s Bill & Ted’s Excellent Adventure, and its 1991 follow-up Bill & Ted’s Bogus Journey, still stand out today in the vast pantheon of goofy stoner comedies.

Watch the audition clips below and witness a part of slacker history.

This archival footage is a great opening act for the Wyld Stallyns epic return in Bill & Ted 3: Face the Music. The long-awaited third installment is set to arrive on VOD and in select theaters on August 28th.