A barroom rendition of their duet off the Show Pony EP 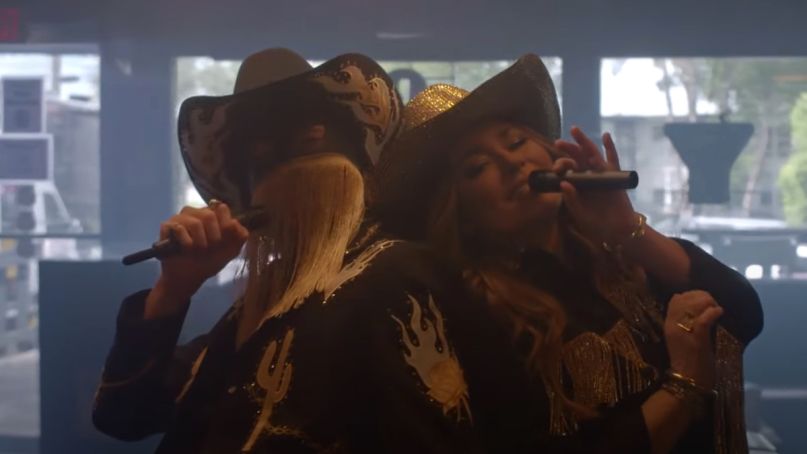 Jimmy Fallon may be back in The Tonight Show studios, but a majority of his musical guests are still contributing remotely. But as lockdowns continue to ease, where and how those artists record their socially distanced performances is getting a bit more creative. For their Monday night appearance on The Tonight Show, Orville Peck and Shania Twain took over an empty bar to sing their excellent new collaboration “Legends Never Die”.

Besides giving us the feels for karaoke nights in crappy pubs, the performance almost serves as a second music video for the Show Pony EP track. It’s perfectly choreographed and edited to seem like a single shot, with the camera whip-panning around the dusty barroom as the country duo croon on the pool table and belt it out under the disco ball.

Watching this cult country hero and country pop legend perform together may be one of the few pure joys of the summer, so check out the video below.

“Legends Never Die” comes from Peck’s recently released Show Pony EP, out now via Columbia. The masked musician has also delivered covers of Kenny Rogers and Bronski Beat this year. Twain, meanwhile, is prepping a “Diamond Edition” 25th anniversary reissue of her sophomore album, The Woman in Me. That’s set for an October 2nd release.