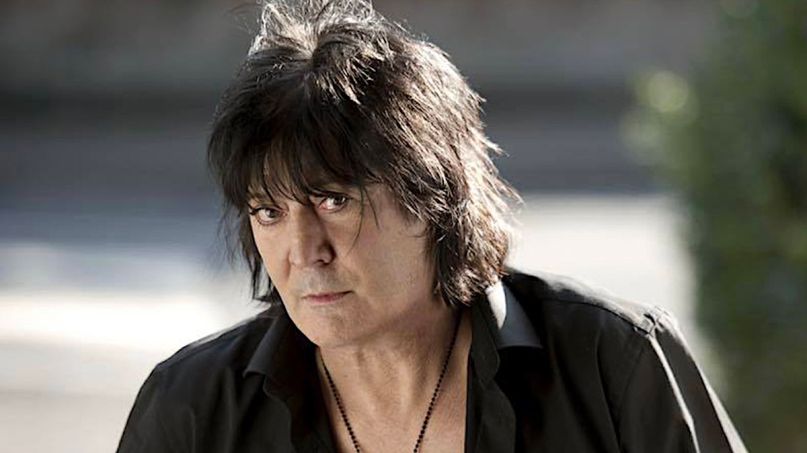 Pete Way, who founded the pioneering UK hard-rock band UFO, has passed away at the age of 69. The legendary musician suffered major injuries in an unspecified accident a couple of months ago, and died Friday (August 14th).

The news of Pete Way’s death was posted via a press release on his official Facebook page: “Iconic bass player Pete Way founder of UFO, Waysted and, latterly, The Pete Way Band has died. He sustained life threatening injuries in an accident two months ago but fought hard until finally succumbing to those injuries at 11.35am BST today. His wife, Jenny, was at his side.”


Formed in 1968, UFO helped bridge the gap between hard rock and heavy metal, influencing acts like Iron Maiden, Metallica, and countless others. Way played on all of the band’s albums — from their 1970 debut, UFO I, through 1982’s Mechanix — before their initial breakup in 1983. While UFO would reunite a year later, Way didn’t return to the fold until the late ’80s. Following another breakup in 1989, Way and singer Phil Mogg re-formed UFO again in 1991, and the bassist remained in the band until 2008, when he left due to medical reasons.

While UFO never achieved the huge success of many of the bands they influenced, such songs as “Doctor Doctor” and “Too Hot to Handle” have become hard-rock classics.

As mentioned in the statement, Way also started the band Waysted, who released several albums from 1983 through 2008. He also briefly played bass in Ozzy Osbourne’s touring band during the Diary of a Madman tour.

In recent years, Way suffered a number of health setbacks, including a heart attack in 2016. The press release announcing Way’s passing continued as follows:

“Pete Way was a much loved and highly regarded figure among rock fans, critics and fellow musicians alike. Best known for his work with UFO, Pete’s energetic live performances were at the heart of the band’s countless world tours. His melodic bass lines underpinned the catalogue of enduring rock classics upon which UFO’s reputation and legacy were founded. Pete’s post UFO work included collaborating with “Fast” Eddie Clarke from Motörhead – the two putting together Fastway with Humble Pie drummer Jerry Shirley and bassist for his long time friend, Ozzy Osbourne. He then put together his own band Waysted. Pete’s keen ear for song arrangements have also seen him serve as producer for popular hard rock acts such as Twisted Sister and the Cockney Rejects. Pete had recently finished a solo album, Walking on the Edge, with producer Mike Clink (Guns n Roses’ Appetite for Destruction amongst many more.) He had a biography published A Fast Ride Out of Here in 2017 and an album “Amphetamine” which is currently out on Cargo Records.

Pete is survived by two daughters, Zowie and Charlotte and his younger brother, Neill.”

Way’s death follows the passing of guitarist-keyboardist Paul Raymond, who died of a heart attack last year while still an active member of UFO.

UFO acknowledged Way’s passing, sharing the press release and adding, “The news none of us ever wanted to hear. R.I.P. Pete.”

Our condolences go out to Pete Way’s family, friends, and bandmates during this difficult time. Watch vintage footage of him performing “Doctor, Doctor” with UFO below.