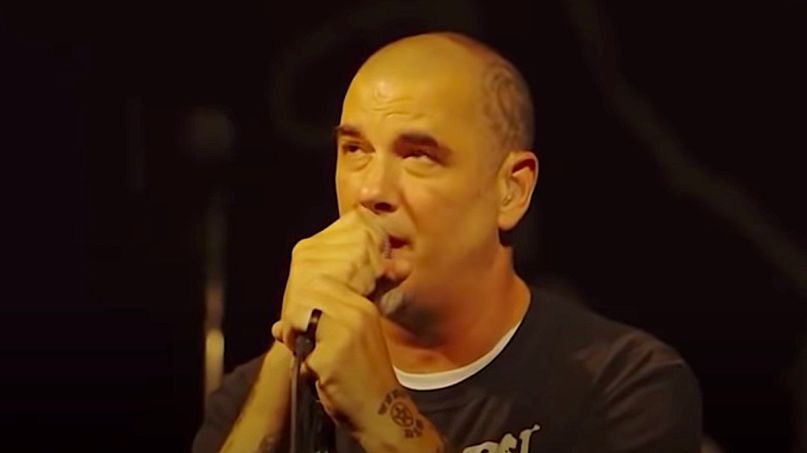 Down played their first show in four years over the weekend, celebrating the 25th anniversary of their debut album, NOLA, with a livestream concert dubbed “Quarter Century Throwdown”. During the set, filmed at an undisclosed venue in New Orleans, singer Philip Anselmo paid tribute to his fallen Pantera bandmates Dimebag Darrell and Vinnie Paul.

The 15-song concert, which streamed for $9 on Saturday (August 29th), saw Down perform all of 1995’s NOLA (except for the instrumental track “Pray for the Locust”) and three songs from 2002’s Down II: A Bustle in Your Hedgerow. It also marked the live return of founding member Kirk Windstein, who had parted ways with the band in 2013 before rejoining the group late last year.

In the middle of the song, at the 3:21 mark of the video below, Anselmo looked up to the heavens, and shouted, “For motherf**kin’ Dimebag and Vince.”

Sadly, brothers Dimebag Darrell and Vinnie Paul are no longer with us, with Dime having been tragically slain onstage by a deranged concertgoer during a Damageplan show in 2004, and Paul dying suddenly of heart disease in 2018.

Vinnie Paul never spoke with Anselmo from the time Dimebag was killed until his own death, as the drummer was angry over the singer’s disparaging comments about the guitarist in a magazine interview shortly before Dime’s death. The vocalist had told Metal Hammer that Dimebag “deserves to be beaten severely” while expressing his frustration with his former bandmates after Pantera had broken up.

Prior to Vinnie’s death, Anselmo had tried to extend an olive branch, even suggesting in interviews that he would be willing to play Pantera reunion shows with Paul and bassist Rex Brown, with Zakk Wylde potentially filling in for Dimebag. Even as recently as last year, Anselmo said he’d be up for joining forces with Brown and Wylde to play Pantera tribute gigs.

As far as the Down set, Anselmo has received a lot of praise for his vocals, with one YouTube comment declaring, “Phil sounded great for the entire show. Glad to see he’s still got it. He sounded way better than he has for the last few years.”

The sludge-metal supergroup, also featuring Pepper Keenan, Jimmy Bower and Pat Bruders, were supposed to play a series of shows to celebrate the 25th anniversary of NOLA this year, but were forced to cancel or postpone those gigs due to the pandemic. They announced the livestream show as way to sill commemorate the album with their fans.

Watch Down perform “Lifer” below, and pick up the album NOLA here.