Psychoanalysis tackles the terrifying subtext of this year's horror hit 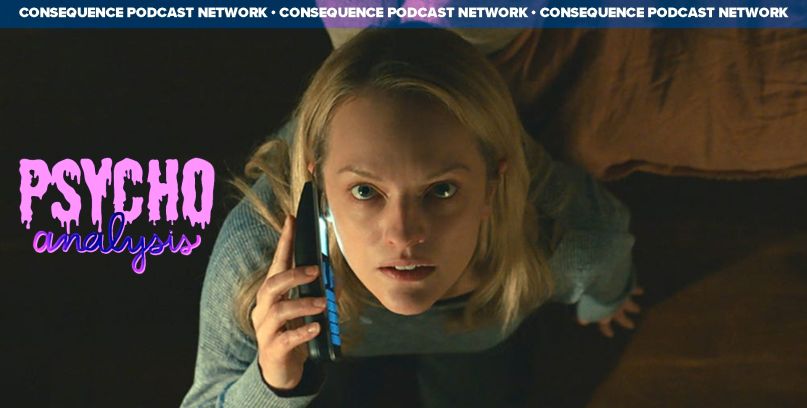 “He said that wherever I went, he would find me, walk right up to me, and I wouldn’t be able to see him.”

Leigh Whannell’s reimagining of The Invisible Man will likely be a high point in the horror genre for 2020. Tense and terrifying, it’s also a clever and timely depiction of intimate partner violence, a topic too often kept in the shadows.

Continuing our two-part series on toxic and abusive relationships, this episode of Psychoanalysis examines the lasting effects of this kind of trauma, ways to support survivors, and the complicated nature of leaving.

Fair warning that this episode goes to some heavy places as we discuss our own experiences, but, as always, we ground the conversation in research and add in a healthy dose of humor. We also close the show by sharing our own coping techniques and self-care, in addition to ways that you can join the conversation.

Stream the episode below and subscribe to the series now. Also be sure to follow the Consequence Podcast Network for updates surrounding future programming.

—The Invisible Man and When the Horror Feels Real

—THE INVISIBLE MAN HAUNTS US THE WAY ABUSERS ALWAYS HAVE

—How The Invisible Man Explores a Deadly Invisible Issue

—The Invisible Man Through the Eyes of a Survivor