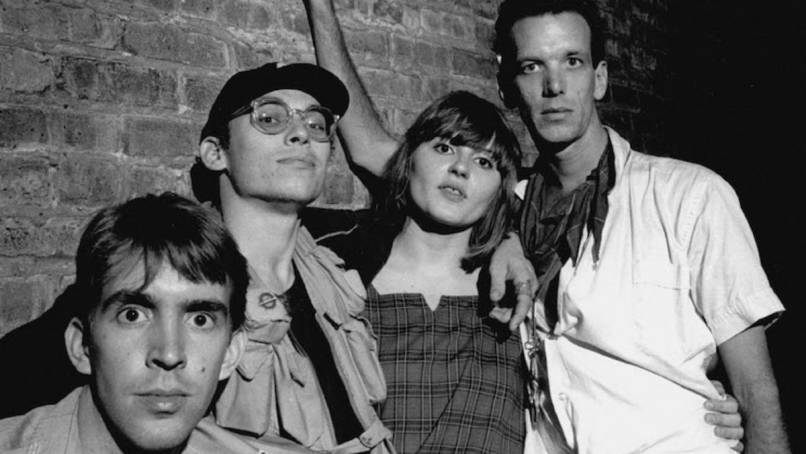 Due out November 6th via New West Records, the collection comes as the Athens, Georgia band celebrates the 40th anniversary of their debut album, Gyrate, which is included alongside their sophomore full-length, Chomp. Both remastered records are being pressed to vinyl for the first time in nearly 35 years, and are also available to stream now.

Also tucked inside Pylon Box are a total of 18 previously unreleased tracks. That includes Pylon’s first-ever recording, Razz Tape, laid down at a session that predates their 1979 debut single, “Cool” b/w “Dub”. Prior to this, the only Razz Tape track to see release was “Functionality”. In addition, there’s Extra, an 11-song collection that features six previously unheard studio and live tracks. The disc also showcases “Cool”, “Dub”, the rare “Recent Title”, a “Danger” remix, and an original single mix of “Crazy”.

Physical versions of the Pylon Box come signed by the band’s surviving members: vocalist Vanessa Briscoe Hay, bassist Michael Lachowski, and drummer Curtis Crowe. New West Records and select independent retailers will offer an exclusive colored vinyl version (Gyrate on yellow, Chomp on sky blue, Razz Tape on opaque gray, and Extra on opaque red) limited to just 500 pressings. Gyrate and Chomp will also be available as individual reissues on CD and various color vinyl editions. The former will get an opaque teal release for independent retailers; a Vinyl Me, Please gravity green version limited to 300; and a clear vinyl version from New West limited to 300. The latter’s independent retailer release will be opaque red; the 300 Vinyl Me, Please editions will be reptile red; and the New West limited-to-300 version will be clear.

To preview some of the new material found on Pylon Box, you can hear “The Human Body” from Razz Tape and “3×3 (Live)” from Extra below. A look at the set itself and the full tracklist follow. Pre-order the collection and stream the remastered Gyrate and Chomp here.

In addition to the new releases, Pylon were recently inducted into the inaugural class of the Athens Music Walk of Fame. The walk, which covers a two-square-block area of downtown Athens and passes venues like the Crowe-founded 40 Watt Club, features sidewalk plaques dedicated to “artists who have helped make Athens a destination for music fans…” The B-52’s, R.E.M., Vic Chesnutt, Drive-By Truckers, Widespread Panic, the Elephant 6 Recording Company, Danger Mouse, Hall Johnson, and Neal Pattman were honored alongside Pylon.

Further celebrating Pylon’s legacy, the Pylon Collection exhibition will be on display at the University of Georgia in Athens from September 18th through December 24th. Housed in the UGA Special Collections Building, admission is free to the public, and a mask policy is in place. Find more information at the UGA website.