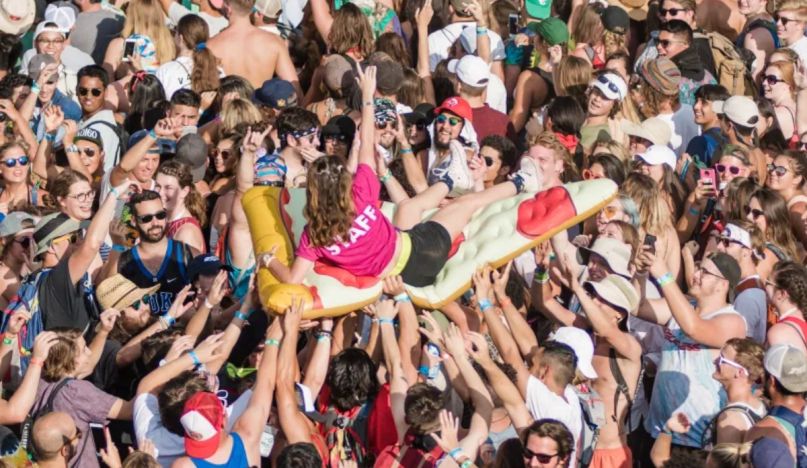 It looks like Canadians won’t have to wait until  2022 to catch a music festival like the rest of us. On Wednesday, the Quebec Tourism Ministry officially announced that indoor and outdoor gatherings of 250 people or fewer are now allowed, including festivals and concerts (via Exclaim).

Unsurprisingly, there are strict guidelines that event organizers must follow if they want to throw a miniature festival. Entry and exit points must be controlled, the overall capacity must respect the 250-person limit, and attendees must abide by the general social distancing measures that have been regularly encouraged during the ongoing coronavirus pandemic.

“They must also put in place measures to promote the maintenance of a distance of 2 meters between participants who do not reside at the same address,” a press release noted. “If the same festival offers more than one outdoor site, they must be distinct and not contiguous, with different access and waiting areas.”

All things told, the government officials over in Quebec sound pretty unworried about their decision to grant large groups permission to gather again. “Festivals and event organizers are professional managers of gatherings,” said Tourism Minister Caroline Proulx in a statement. “I’m confident that the resumption of activities will be done in a responsible fashion.”

Time will tell if music festivals are a good idea for Quebec residents right now. Until then, we’ll be waiting to see which promoter steps up first; as of writing this, no major Quebec festival has announced its return following the new guidelines.

Americans have tried their hand at a few socially distanced concerts. Most recently, an EDM DJ played a packed concert in the Ozarks where nobody wore masks and The Chainsmokers did a charity show in the Hamptons that’s currently being investigated by New York officials. Even the UK is struggling. While their government recently allowed outdoor concerts to return, event organizers for the first socially distanced indoor concert there declared it was “not a success,” thus further complicating whether the immediate return of live music is a good idea.