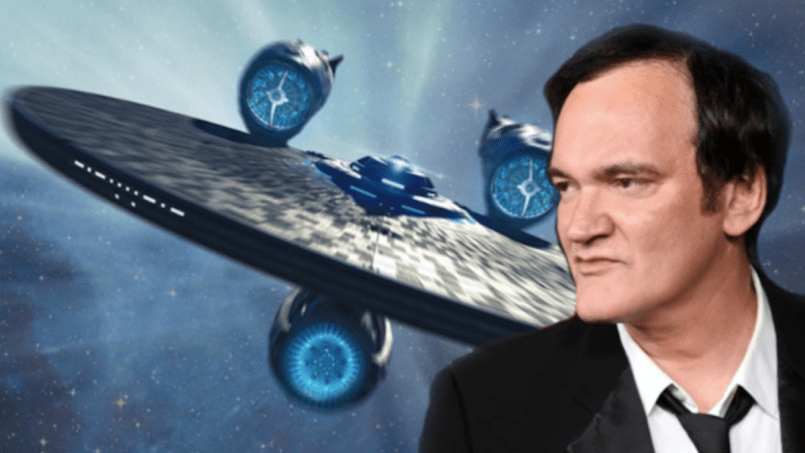 New details have emerged about Quentin Tarantino’s Star Trek project, including that it takes place largely in a 1930s gangster setting.

The news comes as the novel coronavirus pandemic forces Paramount to hit reset on their starriest sci-fi franchise. Deadline and THR have heard that the recently announced reboot from Fargo creator Noah Hawley has already been grounded. Reportedly, the plot involved a virus that wipes out huge swathes of the galaxy. That’s a bit too much reality for Paramount’s taste, and new film chief Emma Watts is apparently eager to move in a different direction. Tarantino’s concept could instead become the next Star Trek movie made.

Although he once envisioned the end result as “Pulp Fiction in space,” our 2019 Filmmaker of the Year is no longer attached to direct. But his R-rated screenplay with Mark L. Smith (The Revenant) is still moving along at Paramount. Deadline has also heard that it’s “based on an episode of the classic Star Trek series that takes place largely earthbound in a 30s gangster setting.”

As IndieWire points out, that sounds a lot like “A Piece of the Action”, episode 17 of season two of Star Trek: The Original Series. Here, Kirk’s Enterprise visits Sigma Iotia II, a faraway planet where everyone happens to carry tommyguns and talk like gangsters from the 1920s. It’s designed to be a standalone spinoff, in the tradition of the X-Men detour Logan.

While theStar Trek film franchise is currently in flux, there are a number of television series holding strong on various CBS platforms, including Star Trek: Picard and Star Trek: Discovery.

As for Tarantino, he hasn’t announced his 10th and final movie just yet, but he’s reportedly mulling over a