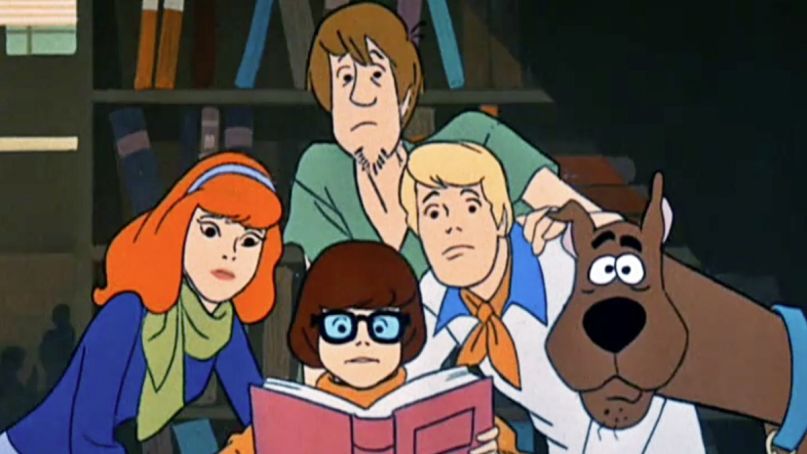 Joe Ruby, co-creator of beloved animated characters including Scooby-Doo, has died of natural causes. Via Variety, he was 87 years old.

Along with his writing partner Ken Spears, Ruby helped establish Hanna-Barbera’s voice and redefined Saturday morning cartoons. They created such beloved children’s series as Scooby-Doo, Where Are You!, Dynomutt, Dog Wonder, Jabberjaw, The Barkleys, and The Houndcats. Later, Ruby-Spears Productions executive produced animated series like Superman, Mr. T., Alvin and the Chipmunks, Thundarr the Barbarian, and more.

Born March 30th, 1933, Ruby began his career at Walt Disney, where he worked as an inbetweener: an assistant animator charged with drawing intermediate images between key frames. After a stint in the US Navy, Ruby eventually landed a job at the Hanna-Barbera editorial department. In an interview with ScoobyAddicts.com, Ruby recalled moving into writing after a “freak opportunity.” He said,

“It was just a freak opportunity that came up at Hanna-Barbera in 1959. They desperately needed people to write the short openings, closings and 30 second “bridges” for the Huck Hound and Yogi Bear Shows, and both Ken and I started writing them on the side while we worked our regular jobs in the editorial department.”

Together, Spears and Ruby’s big break came in 1969 with Scooby-Doo, Where Are You!. Along with character designer Iwao Takamoto, the writers workshopped different lineups (one included Geoff, Kelly, Linda, W.W. and Too Much), different titles, and various occupations — including rock band — before landing on the core group of preppy Fred, pristine Daphne, nerdy Velma, hippie Shaggy, and one hungry Great Dane named Scooby-Doo.

The show solved one of the great problems of children’s programming, which is that while everyone loves a good mystery, actual murders are too disturbing for kids. By sending the Mystery Machine to track down monsters and ghosts — most of whom were eventually revealed to be greedy rich men — Spears and Ruby packaged the pacing of a thriller into storylines unlikely to give nightmares to even the most sensitive of children.

The result is one of the most enduring franchises in Western popular culture. Scooby-Doo has appeared in over a dozen TV series and movies, most recently 2020’s Scoob!. In the meantime, Ruby had continued to produce, moving on to animated adaptions of live-action movies and televison shows, including Rambo, Police Academy: The Animated Series, and Punky Brewster. But while he focused more on production over the last few decades, according to his grandson Benjamin Ruby, “He never stopped writing and creating, even as he aged.”