The punk legend's signature model gets an anniversary makeover 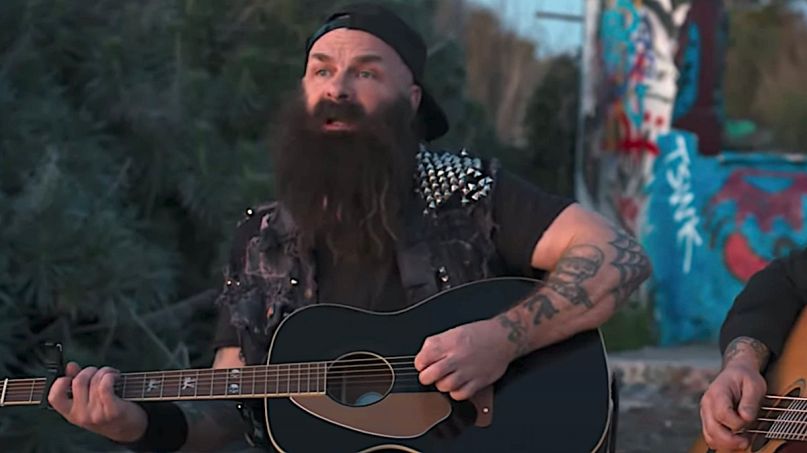 Originally released 10 years ago, the Hellcat is based on a ’60s concert acoustic that Armstrong has used to write many of Rancid’s songs. The 10th anniversary model is worthy of a veteran musician like Armstrong, as well as a beginner looking to carry the instrument with them for years to come. The original Hellcat came from a collaboration between Armstrong and Fender to create his own signature model, featuring striking double-skull inlays and gold pickguard.

The anniversary model retains those visual elements and touts a solid spruce top, gilded hardware, and a stage-ready Fishman Presys III pickup/preamp system with a built-in tuner. The guitar’s “C”-shape neck is made of maple, with a walnut fingerboard and bridge, as well as modern features like a dual action truss rod and a Graph Tech NuBone nut. Armstrong’s signature is emblazoned on the truss rod cover.

Whether playing unplugged or through a concert PA, the Hellcat acoustic guitar is an ideal model for both private and public performance. As Fender points out on its product page, “When it comes to his main guitar, Armstrong needs something that’s easy to play, built to last and versatile enough to handle anything. The Tim Armstrong Anniversary Hellcat is that guitar.”

The Tim Armstrong Anniversary Hellcat is available here. Check out a promotional video featuring the punk veteran playing “East Bay Night” on the signature model alongside his Rancid bandmate Matt Freeman, as well as busking “Telegraph Avenue” by himself in the street. A close-up image of the guitar can also be seen below.

In other Fender news, the guitar makers recently rolled out a new line of “Offset” guitars targeted toward “nonconforming” musicians. The company also released a line of Fullerton electric ukuleles that look like classic Fender guitars.