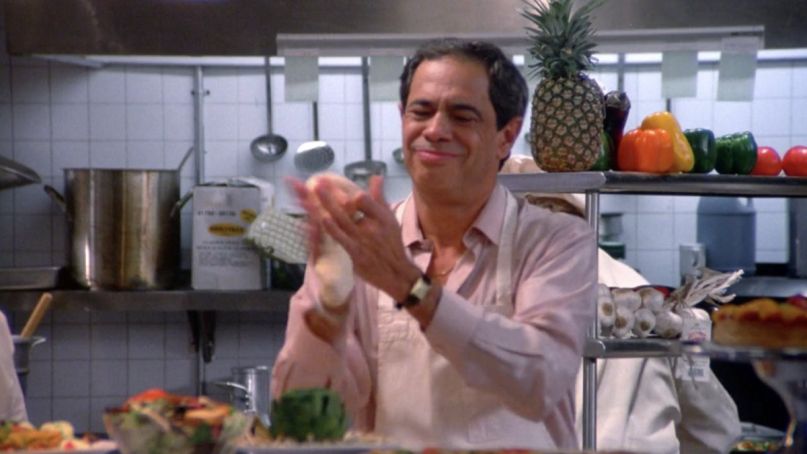 Reni Santoni, who appeared opposite Clint Eastwood in Dirty Harry and later had a memorable role on Seinfeld as Poppie the pizza guy, has died at the age of 81.

According to The Hollywood Reporter, Santoni died Saturday (August 1st) in hospice care in Los Angeles following years of health issues including cancer.

But perhaps Santoni will be most remembered for his reoccurring role on Seinfeld as Poppie, the owner of a local pizza joint of the same name. Over the course of his four-episode arc, we came to learn that Poppie immigrated from Italy after his mother was kidnapped by communists. He was staunchly against abortion (to the point where he got into a tiff with Elanie, which ultimately landed him in the hospital for a gastro-intestinal disorder). He wasn’t as adamant about hand-washing, however, and also had issues controlling his bladder. While in the hospital, Poppie received a gift basket from Jerry and Elaine containing a bottle of wine and a five-alarm chili, which he surmised to be their attempt to kill him. Later, during the show’s series finale, Poppie’s testimony would be crucial in determining Jerry and co.’s guilty verdict.

Previous Story
Cherry Pickles Announce New Album The Juice That’s Worth The Squeeze, Share “Out of This World”: Stream
Next Story
The Woman in Window To Finally Be Released on Netflix
Popular
More Stories
[fu-upload-form form_layout="media" title="Submit Your Photo"][input type="hidden" name="ugc" value="1"][/fu-upload-form]