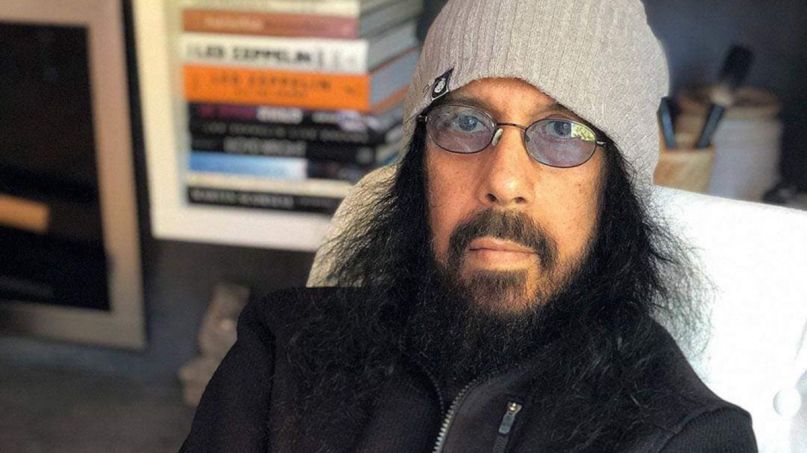 The news was confirmed by Banali’s wife, Regina, who wrote, “He put up an inspiringly brave and courageous 16-month battle to the end and continued playing live as long as he could.” Her statement continued, “Standard chemotherapy stopped working and a series of strokes made the continuation on a clinical trial impossible He ultimately lost the fight at 7:18PM on August 20th in Los Angeles surrounded by his wife and daughter.”

Born and raised in New York City, Banali was the last remaining member of Quiet Riot’s classic ’80s lineup, having joined the band when they re-formed in 1982. Banali appeared on a total of 12 Quiet Riot albums, including 1983’s Metal Health, the first metal record to top the Billboard 200 charts, thanks in large part to a hit cover of Slade’s “Cum On Feel the Noize”. He was also instrumental in keeping the band going, helping to reunite Quiet Riot not once but twice, in 2004 and again in 2010 (following the 2007 death of singer Kevin DuBrow). In addition to making music with Quiet Riot, Banali served as the group’s band manager beginning in 1994.

Over the decades, Banali also performed drums for W.A.S.P., receiving credits on several albums, such as The Headless Children from 1989 and The Crimson Idol from 1992. He also played on the 1982 version of Billy Idol’s hit “Mony Mony”.

Banali was diagnosed with stage four pancreatic cancer in early 2019, but chose not to make the news public until later in the year. At the time, doctors said he had about six months to live. Banali talked about his grueling medical treatment as recently as this past June.

“I’m still fighting the good fight. I’m still doing the chemotherapy,” he said on “Trunk Nation with Eddie Trunk”. Added Banali, “I switched to a different chemotherapy a few months ago. And the side effects on this one are pretty brutal, and they pretty much last into the next round of chemo. So you kind of don’t get a break for about three weeks, and then you get about maybe 10 days off, and then the cycle starts again. But it’s part of what I’m doing.”

Banali is survived by his wife Regina, daughter Ashley, and “many dear friends, dedicated fans, and a menagerie of rescue animals all of whom are family,” per his family’s statement. “He was a long time advocate for animal rescue, a spokesperson for the Pancreatic Cancer Action Network, and a sponsor of Children International. Donations in his name are encouraged for Fixnation.org, Pancan.org, Children.org. His wish for everyone is that you be your own health advocate for early detection so you may live long and rescue many animals.”