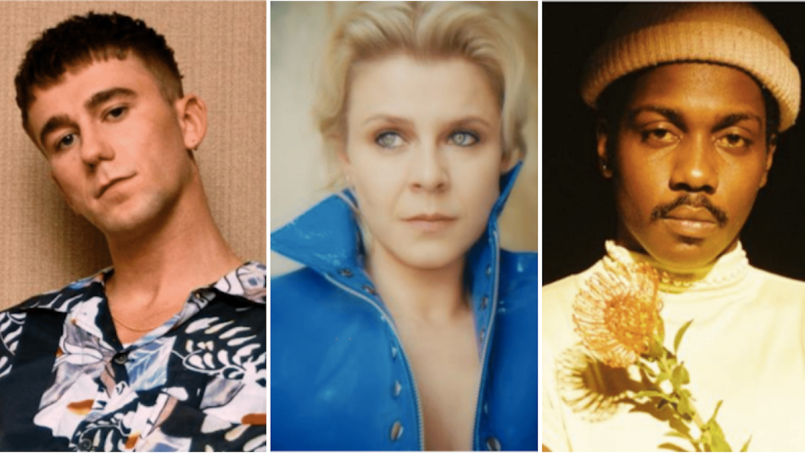 British electronic music artist SG Lewis has linked with Robyn and Channel Tres for his new song “Impact”. It’s the latest single off of Lewis’ soon-to-be-announced debut album, which is expected later this year.

Born in London, SG Lewis made his name with a series of EPs, most notably his trilogy themed around an epic night out, Dusk (2018), Dark (2018), and Dawn (2019). Those successes opened the door for a series of collaborations with rising young guns such as Khalid, Dua Lipa, and former Artist of the Month Clairo. “Impact” is his first time working with an established superstar like Robyn.

It’s hard to argue with the results. “Impact” is a restless thumper, club-ready and outfitted with disco flair. The track works on an elemental level, reveling in the contrast between Robyn’s airy melodies and the earthiness in Channel Tres’ voice.

SG Lewis commented on their interaction in a statement, saying, “The chemistry between Channel and Robyn is so powerful, and creates something so unique. Channel is an artist I believe will go on to create a musical legacy as important as the one Robyn has already created, and to have the two of them on this record together is insane.” He added, “I hope it provides some release and euphoria in a time where it’s hard to come by.”

Subject-wise, Channel Tres said the song is about the effect that meeting a person can have on your life, and how even a positive experience can utterly upend you. He explained further,

“’Impact’ is about how someone can come into your life and completely change you either for better or worse. In this instance it was for the better and I’m going through the emotions of denying something that’s obviously good for me but the hurt I’ve been through in my past causes me to put up defense mechanisms. While I’m putting up the defenses, the person trying to love me pursues me consistently and this impacts my life in so many ways.”

For her part, Robyn complimented both her collaborators, noting that SG Lewis “made this instant thing, it’s a special skill to make a song that hits you right away the way ‘Impact’ does. The track just gave me the feels and it wasn’t ́t hard to write a chorus to it, especially with Channels vocals on there already.” Check out “Impact” below.

This is SG Lewis’ second single from his as-yet unannounced album, following May’s “Chemicals”. As for his collaborators, they’ve both been quite busy recently. Robyn is set to appear on Shiver, Jónsi’s first solo album in 10 years, and her self-titled album will receive its first-ever vinyl release for Record Store Day 2020. As for Channel Tres, he recently guested on Danny Brown’s “Ready to Go” and will appear on Disclosure’s new album ENERGY.