Lucius join him on "Bring the Boys Back Home" 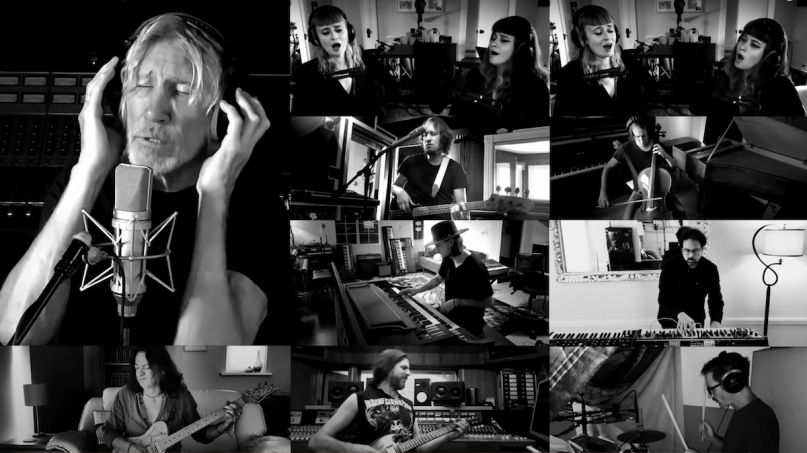 Roger Waters has been spending his quarantine revisiting Pink Floyd classics like “Mother” and “Two Suns in the Sunset”. Today, he’s returned with a performance of two more deep cuts from The Wall, “Vera” and “Bring the Boys Back Home”, the latter of which sees him joined by Jess Wolfe and Holly Laessig of Lucius. Watch the performance below.

“The Vera in question is Vera Lynn. She was an English singer, songwriter, very popular during the Second World War,” Waters said in a statement. “Her biggest hit was ‘We’ll Meet Again’. She was widely known as the ‘Forces’ Sweetheart.’ Our Vera, who is very fondly remembered back in Blighty, died six weeks ago aged 103. So she had a bloody good innings, bless her.”

Waters’ version of “Vera” opens with acoustic guitar and his gravely voice before a few strings hum in the background. It’s a touching cover, and it sounds remarkable for being recorded at home. Things only get bigger from there with a smooth transition into “Bring the Boys Back Home”, where big orchestral swells and backing harmonies from Lucius create a tender, heart-tugging moment — not too dissimilar from the trio’s touching John Prince tribute.

During the second song, Waters looks directly into the camera and calls out Donald Trump, saying, “Yeah, bring the boys back home, particularly from Portland, you big fucking brick.” It’s bold language from Waters, but completely on par considering he once described the POTUS as being the “mass destroyer of everything that any of us might love.” (Though, to be fair, Waters doesn’t have much hope in Joe Biden as a replacement either.)

“My father never came home, but at least in 1944 he really was fighting to defend his home,” said Waters in a statement. “Not like now. Now the boys fight and die in colonial wars so some rich asshole can get richer. If it were up to me I’d bring ‘em all home tomorrow.”

Despite all of Roger’s at-home activity, don’t get your hopes up for a Pink Floyd virtual reunion anytime soon. Not only does Waters think it “would be fucking awful” to get the band back together, he’s been picking fights with David Gilmour about being “banned” from Pink Floyd’s website. So instead, Waters is focusing his efforts on the upcoming physical release of his US + Them concert film and live album of the same name.