Slayer’s Kerry King Is Working on a New Project: “I’ve Got More Than Two Records’ Worth of Music” 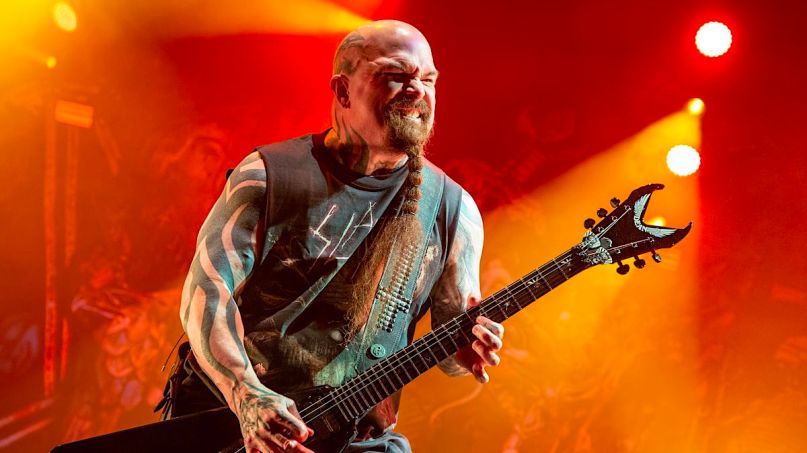 The legendary Slayer bid their farewell at the end of last year, but that doesn’t mean the individual members are done making music. Guitarist Kerry King has revealed that he has two albums’ worth of material for a new project.

Slayer played their final show ever on November 30th after an extensive farewell tour, and the members have been relatively quiet since parting ways. However, in a new interview with Dean Guitars, with whom he has signed on as a signature artist, King revealed that he has been quite productive during the pandemic.

“I’ve been very, very lucky with riffs in 2020,” said Kerry in a video interview posted on Dean Guitars’ YouTube channel. “Maybe because I can’t go anywhere, I don’t know, but riffs have certainly not been a problem.”

What is unclear is whether King will release new music as a solo project or if he is forming a new band. “Right now, I’m the only lyricist, because I’m the only one writing music, because I’m not positive who everybody is that’s gonna be playing with me,” explained the guitar icon. “So it’s all on me at the moment.”

Rumors circulated in March that King was working with his Slayer bandmates Gary Holt and Paul Bostaph, along with Pantera singer Philip Anselmo, but none of those reports have been confirmed.