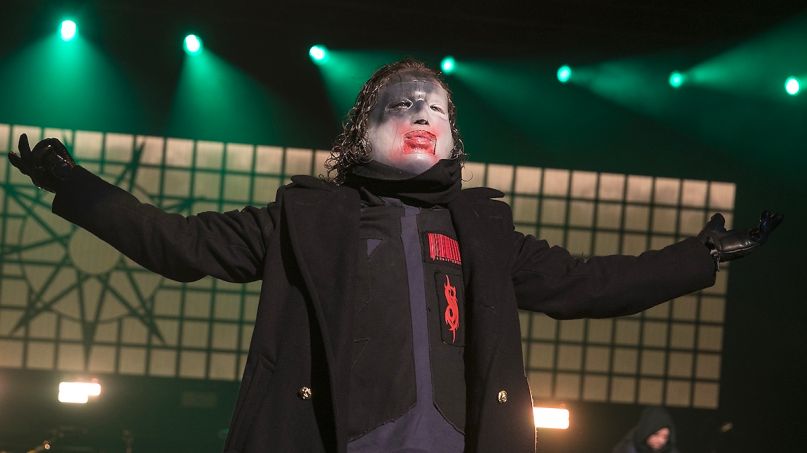 Slipknot frontman Corey Taylor has been famously wearing a mask for more than 20 years, so he doesn’t understand why people can’t wear one during a global pandemic.

While speaking with Australia’s Triple M radio about his upcoming solo album, CMFT, Taylor was asked if he had a message to those people who choose not to wear a mask during the COVID-19 pandemic.

“Yeah, stop whining and put your goddamn mask on,” responded Taylor. “This isn’t an isolated incident. My country’s loaded with these dumbasses that think it is some sort of political standpoint or some sort of partisan garbage.”

He continued, “And I’m just like, ‘Are you serious?’ Just because you haven’t had anyone in your life affected by it doesn’t mean that it’s not a real thing.”

Taylor then used his own experience as Slipknot’s singer to stress how simple and easy it is to wear a face mask in public. “I once had to wear a full head mask for eight hours while doing Slipknot press. Eight hours straight — didn’t take it off, but these people are going to bitch and moan about wearing it for 10 minutes at the market? Get over yourselves.”

While Slipknot had to cancel their 2020 touring in support of their latest album, 2019’s We Are Not Your Kind, due to the pandemic, Taylor used the time to record his aforementioned debut solo album. Just last week, he unveiled the first two singles, “CMFT Must Be Stopped” and “Black Eyes Blue”.

Hear Corey Taylor’s interview with Triple M radio below, and, if you still need some face masks, pick ’em up from our official webstore.