Song of the Week: Orville Peck and Shania Twain Play by Their Own Rules on “Legends Never Die” 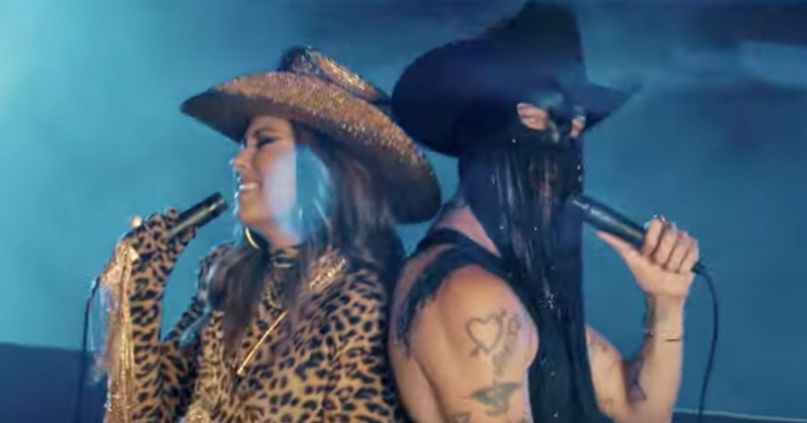 Today’s world feels a bit like the wild, wild west, doesn’t it? The more we get used to our new normal, the less it all makes sense. Between the pandemic, the much-needed Black Lives Matter protests, the upcoming election, and social distancing, this summer has been a lot, to say the least. Luckily for us, we got a slight reprieve from the madness this week from Orville Peck via his brand-new EP, Show Pony. The six-song collection from the mysterious country singer includes our Song of the Week, “Legends Never Die”, a duet with one country legend that’s hard not to recognize: Shania Twain.

“Legends Never Die” is a timeless, classic country track that feels like it could have been written anytime in the last 30 years. It screams hit from the start and keeps the listener hooked until the end with a memorable chorus and rhythm. Orville Peck’s signature low growl matches perfectly with Twain’s powerful vocals, which together feel right at home over the traditional country twang. The Show Pony EP was supposed to be released earlier this year, but Peck held back the release out of respect to the Black Lives Matter protests. This song couldn’t have come out at a better time, with many of us hitting our fifth month of social distancing, begging for something to distract us. There’s something indescribably comfortable about “Legends Never Die”, with Twain’s voice taking us on a mental vacation to days long before the pandemic when “Man I Feel Like a Woman” was everywhere.

The song was released with a video as spectacular as we’d hope for, with Peck in silver glitter pants and Twain in a familiar leopard print. There’s an exchange towards the beginning of the video where Orville smiles at Shania in such a genuine manner that it could have only been a real moment. Peck did tweet about working with Twain, saying: “Genuinely, this is a dream come true.” After all, Shania Twain is country royalty. In fact, she just announced a special Diamond edition of 1995’s The Woman in Me, the album that gave her her first No. 1 country hit. This was the first time Orville Peck and Shania Twain have worked together, and “Legends Never Die” has us hoping it won’t be the last.