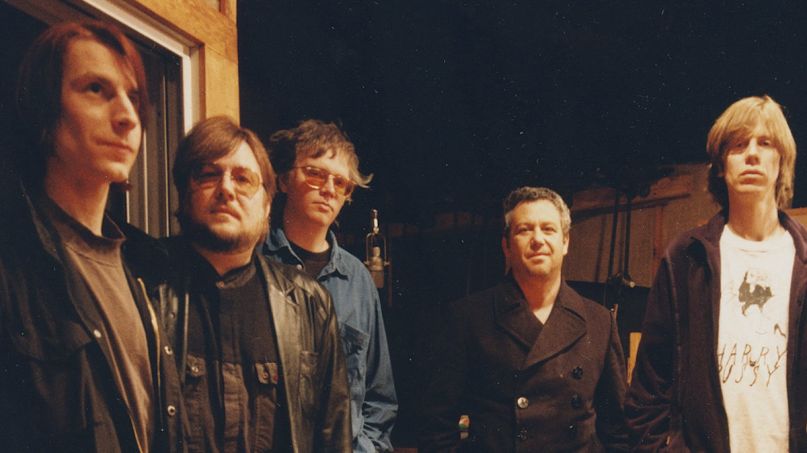 Back in 1997, director Todd Haynes convinced a bunch of indie rock and punk pillars to join forces and soundtrack Velvet Goldmine, his 1998 homage to the glam-rock era. The supergroup he formed was named Wylde Ratttz, and it consisted of The Stooges’ Ron Asheton, Sonic Youth’s Thurston Moore and Steve Shelley, Mudhoney’s Mark Arm, The Stooges and Minutemen’s Mike Watt, Sean Lennon, Don Fleming, and Jim Dunbar. Years later, a cover of The Stooges’ track “Fun House” they recorded way back when has been unearthed for the first time.

Along with the track, Wylde Ratttz included a statement urging listeners to donate to The Ron Asheton Foundation if possible. “The Ron Asheton Foundation carries on charity work that Ron spent many years quietly doing in the Ann Arbor community where he had such strong ties,” said the band. “The RAF post a lot of killer Asheton and Stooges content, so check out their socials and website.”

Stream the previously unreleased cover below.

Earlier this year, The Stooges announced a special 50th anniversary Fun House box set, a live album capturing their final performance with the original lineup, and a digital reissue of their self-titled debut. It’s pretty wild that even now, after all these years, The Stooges’ music still hits hard — and so does Iggy Pop’s new material, too.