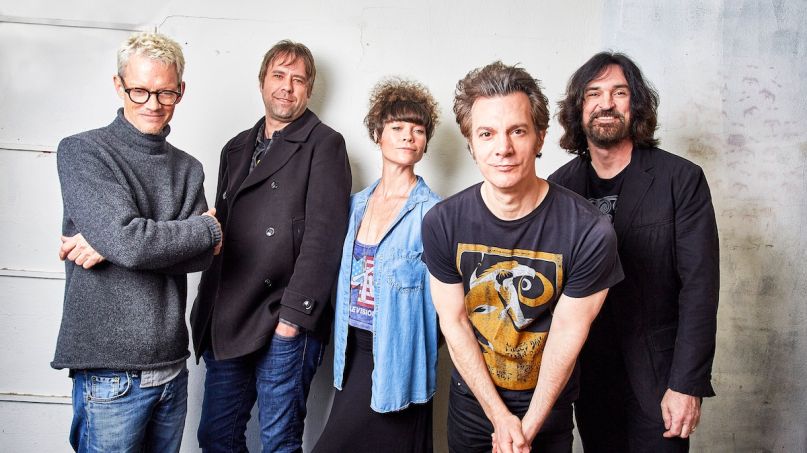 While the band’s name might be new to music fans, the members are seasoned pros. Sons of Silver are led by singer Peter Argyropoulos, who previously recorded and toured under the name Pete RG. The lineup also features Rock & Roll Hall of Famer Dave Krusen, the original drummer for Pearl Jam and current member of Candlebox, plus Krusen’s Candlebox bandmate Adam Kury on bass, onetime Skillet guitarist Kevin Haaland, and keyboardist / studio engineer Brina Kabler.

“The lyrics to this song really speak for us as a band,” Argyropoulos tells us. “We write and create our music, collectively.  We celebrate collaboration. We’re careful to be inclusive and open to all thoughts and ideas. We embrace our differences.  We respect and protect each other no matter how much we might disagree. We move forward together. We’ve learned that division is very destructive and it begins when listening ends. So, we’re always listening.”

Sons of Silver are off to strong start with their Doomsday Noises EP. The music video for lead single “Read ‘Em Their Rights” is closing in on one million views on YouTube, while lyric videos for “World on Fire” and “Rude Awakenings” have earned nearly 200,000 views.

See the lyric video for “Deep Division” below, and order the Doomsday Noises EP here.