Sotheby’s to Auction Off The Notorious B.I.G.’s King of New York Crown 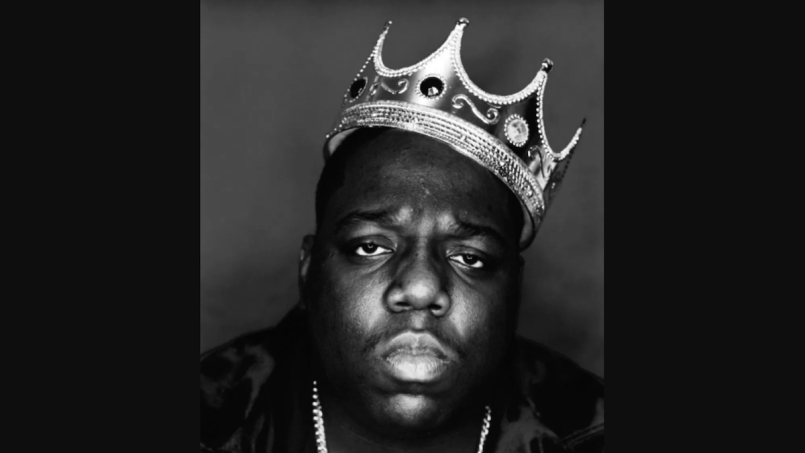 Sotheby’s has announced its first-ever dedicated hip-hop auction. It takes place from September 11th to 15th, and is headlined by the crown worn by The Notorious B.I.G. during his famous “King of New York” photography session.

The crown itself is made of plastic, and in any other context it would be close to worthless. But B.I.G. put it on three days before his death, in the last photograph he ever took. On March 6th, 1997 he joined Barron Claiborne in his Manhattan studio, where Claiborne asked him to put on the crown. It was too small, and the interior foam cushioning had to be removed, but soon Claiborne captured a series of portraits in front of a deep red background. A few days later Biggie was murdered, and Claiborne’s imagery became instantly iconic.

Now you, too, can possess the crown, though the Kingdom of New York doesn’t come cheap. Sotheby’s will open bidding at $200,000, and expects bids to climb as high as $300,000. If all those zeroes makes you balk, fret not. Sotheby’s has organized 120 different lots containing pieces of hip-hop history.

The teenage love letters of Tupac Shakur will also hit the auction block with an estimated cost of $60,0000-$80,000. It’s part of a rich correspondence with his high school sweetheart Kathy Loy, and includes cameos from Jada Pinkett, as when Shakur writes, “Jada told me she can see how much I love you…” Loy’s 11th grade yearbook is also available, including messages from Shakur and a baby-faced picture of the budding rapper in his 10th grade theater class.

Sotheby’s has a colorful history with the arts. Last year, they sold a lock of Beethoven’s hair for $45,000, and in 2018 a Bansky painting self-destructed after selling for over $1 million.