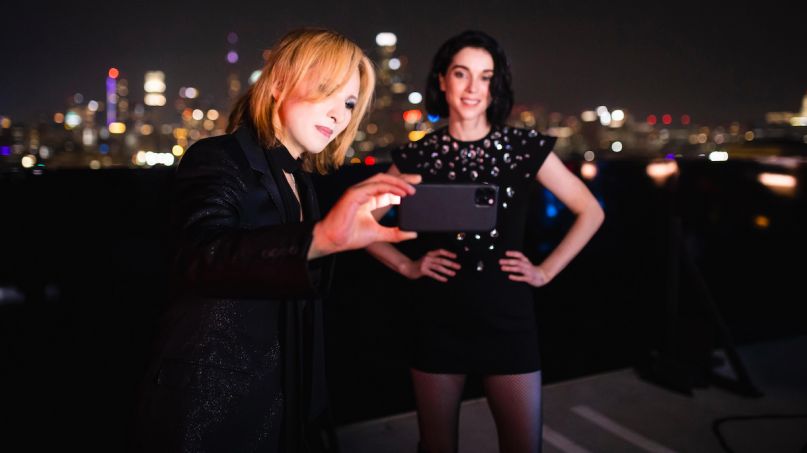 St. Vincent has teamed with X Japan’s Yoshiki for a reimagining of her modern classic “New York”.

This version of the MASSEDUCTION cut essentially takes what was already there and puts a more archetypal classical spin on things. (The lyric “only motherf*cker” is also changed to “only other sucker.”) Yoshiki expands on the song’s original string arrangements, while adding some of his own gorgeous piano to replace Thomas Bartlett’s original work.

St. Vincent compared the new “New York” to “the way time or distance transform longtime friends or relationships: the original is still recognizable, but subtly and significantly altered.” In his own statement, Yoshiki explained how the collaboration came about:

“As an artist, I admire how St. Vincent approaches music in an innovative and courageous way. Her music breaks the boundaries of genres, which is a mindset I can completely relate to. My band X Japan played the Coachella Festival in 2018 at the same time that St. Vincent performed, but at that time we didn’t meet. But this year, through mutual friends, we were introduced. In terms of ‘New York’, it’s a great song to start with, and I’m grateful that she trusted me to fully rearrange the song with my classical approach. I hope St. Vincent’s fans enjoy it, and that my fans will too.”

Earlier in the pandemic, St. Vincent performed an acoustic rendition of “New York” for the BAM Virtual Gala. She also launched a podcast, contributed the title track for Damien Chazelle’s Netflix series The Eddy, shared covers of “Stairway to Heaven” and Tool’s “Forty Six & 2”, and was a Jeopardy! clue. X Japan, meanwhile, have been teasing their first album since 1996’s Dahlia for years now. We’re also still waiting for that Marilyn Manson collaboration.