The 30-second clip is a treasure trove for Constant Readers 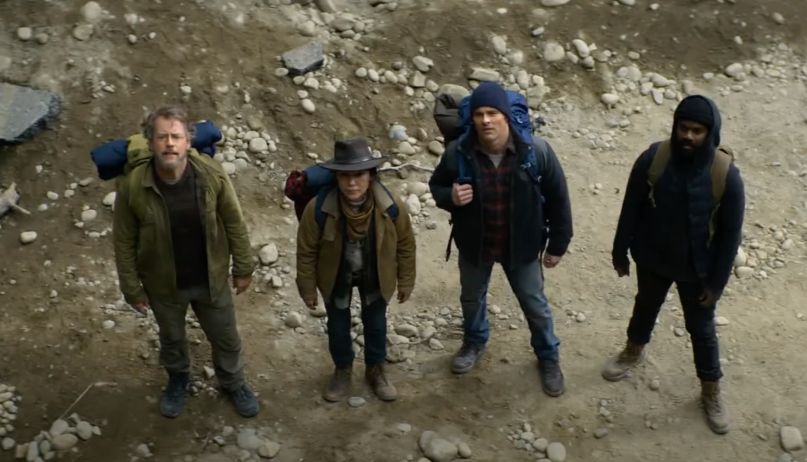 Grab your mask, Captain Trips is on the way. Tonight, CBS All Access dropped the first teaser trailer for Josh Boone’s highly anticipated miniseries adaptation of Stephen King’s The Stand ahead of its December 17th premiere.

It’s only 30 seconds, but oh baby is there a ton to unpack for Constant Readers. What starts with our first footage of Whoopi Goldberg as Mother Abigail ends with a quick reveal of Alexander Skarsgard in action as Randall Flagg.

In between are a number of iconic scenes pulled straight outta the book, from dreams in Hemingford Home, Nebraska to Stu Redman’s harrowing internment at Stovington to Larry and Rita’s post-apocalyptic walk through New York City.

Catch it all below.

For a comprehensive breakdown of the trailer, join The Losers’ Club below:

The nine-episode series will drop weekly as opposed to all at once as CBS All Access recently did with The Twilight Zone. In fact, King himself penned the final episode that takes place after the novel’s ending.

“The last episode Stephen King wrote, so we had sort of an hour of original material by Stephen King that was a story set after The Stand,” Boone told Screen Rant. “There was a story that he’d always wanted to tell.”

Stay tuned to our weekly Stephen King podcast, The Losers’ Club, for further developments. Below, you can stream their exhaustive review on the 1994 miniseries, which includes an interview with both Mick Garris and composer W.G. Snuffy Walden.