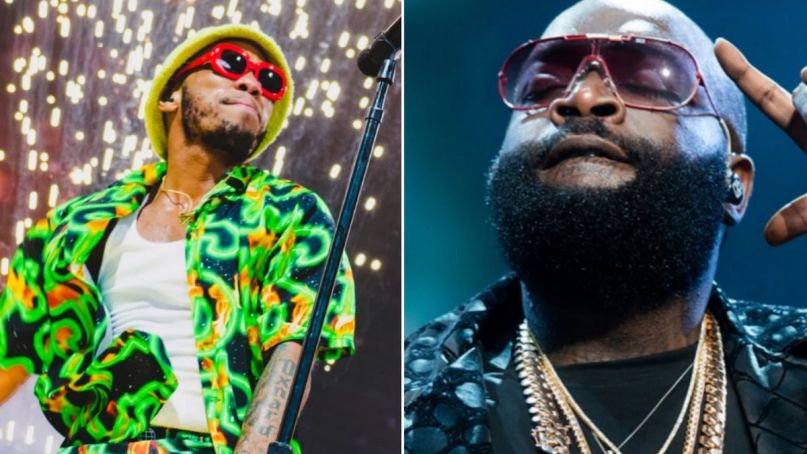 Anderson .Paak’s prolific summer continues today with “Cut Em In”, a new collaborative single with Rick Ross. Produced by veteran beatmaker Hit-Boy, the track is about paying back the buddies who supported you when you were at your lowest.

“Sometimes you need a friend/ Not the ones that just show up and don’t put nothin’ in/ You know the ones that lend a hand and wanna see you win/ When you come up on a lick, make sure you cut ’em in,” .Paak advises while at the mic. The R&B artist also later drops a shout-out to mentor Dr. Dre, who helped launch his some career years ago.

A number of bars throughout “Cut Em In” also emphasize the importance of knowing your own worth, such as this one from Ricky Rozay: “Distinctive destinations, all I wanna see/ Oceans from residences, it’s three different ones a week/ Cause I deserve that/ It’s time to learn that.”

Stream the full track below. It’s set to appear on the new Madden NFL 21 soundtrack alongside other songs from Denzel Curry, Smino, and The Drums.

“Cut Em In” follows .Paak’s “Lockdown” single about police brutality and racism. He performed it on James Corden just this past week (while in the process honoring George Floyd and Mac Miller), as well as shared a remix of the song featuring Noname, J.I.D., and Jay Rock. .Paak’s last proper full-length came over a year ago with the impressive Ventura.

In related news, Hit-Boy, too, is staying busy this season; he serves as executive producer on the newly announced Nas album.