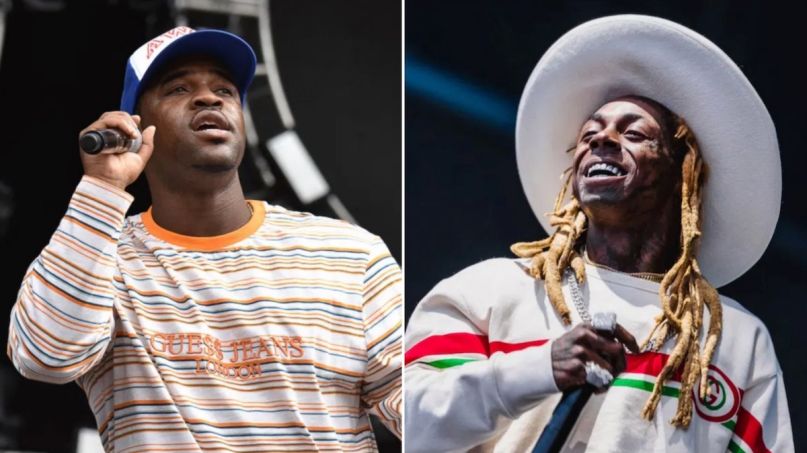 ASAP Ferg scored a summer hit with last month’s “Move Ya Hips” featuring Nicki Minaj, which has over 31 million streams worldwide. The Harlem native is looking to find similar success with his new single, the Lil Wayne-assisted “No Ceilings”.

This fresh release serves as the first collaboration between the two MCs. Its title is a nod to Lil Wayne and his own 2009 mixtape of the same name.

On the track, ASAP Ferg further honors Tunechi and his status as an ambitious hip-hop role model, rapping, “Like Wayne, I got no ceilings/ Where is the ceilings?/ I see no ceilings.” During his turn at the mic, Lil Wayne reaffirms his legendary reign: “I got no ceilings, I never had ‘em, n*gga/ Pop me a handle bar, then I handle business.”

AXL produced the new single and Brooklyn’s own Jay Gwuapo contributed additional bars. Check it out below via its Eif Rivera-directed video starring all three rappers.

The ASAP Mob member appears on the new Nas album, King’s Disease. As for Lil Wayne, a deluxe edition of his Funeral record dropped in May. Eminem also recently named him one of the greatest rappers of all time.