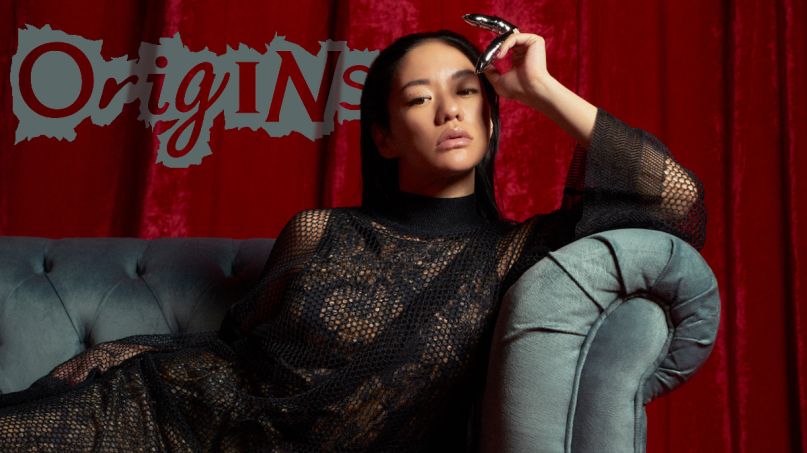 In our new music feature Origins, we give artists the chance to reflect on the backstory of their latest single. Today, Awich tells us what it’s like to pine over someone really “Bad Bad”.

Emerging hip-hop artist Awich has spent the last few years making a name for herself in her native Japan, while in the process also redefining what it means to be a woman in a male-dominated local music scene. Now, following collaborations with global platforms like Red Bull and 88Rising, Awich is ready to expand her reach into North America and beyond with her major label debut EP called Partition.

Hip-hop heads were left a bit speechless with last month’s single “Shook Shook”, which saw Awich rattling off bars over a gritty, bass-rumbling beat. But the lifelong Tupac fanatic is so more much than just another voice that can sling rhymes in a timely fashion, as evidenced by her new song “Bad Bad”.

Compared to its predecessor, today’s offering reveals a more soft and vulnerable side to Awich. Instead of speaker-bursting bombast, Awich — short for “Asia Wish Child” — lets her heart do all the storytelling — and it’s far from a simple tale. With a summer-ready R&B/pop production gently simmering beneath her, she gracefully navigates the complexities of a new love. From the euphoric adrenaline rushes to the late-night pining, she recounts how things never feel quite the same once you let your guard down and invite someone into your world.

“Sometimes, it makes you unstable and confused… This person comes into your life and turn it upside down,” Awich tells Consequence of Sound over email. “But at the same time, when you feel you’re loved by him, it makes you strong. It feels like you can take over the world.”

The music video for “Bad Bad”, directed by Kento Yamada, is similarly sentimental in tone. Shot in her island hometown of Okinawa, in neighborhoods scouted by the artist herself, the clip features Awich surrounded by real life friends and family, including her young daughter, Toyomi Jah’mira.

Check out “Bad Bad” below, followed by her Origins of the track. Partition is officially out August 21st through Universal Music Group and pre-orders are ongoing.

“Bad Bad” is about starting to be in love with someone. Sometimes, it makes you unstable and confused like “I was happy before meeting this guy so why can’t I do without you now?” This person comes into your life and turn it upside down. But at the same time, when you feel you’re loved by him, it makes you strong. It feels like you can take over the world. This song talks about both the strength and weakness a new love brings into your life.

098 is an area code for Okinawa, an island where I was born and raised. 098 gyal is a strong island girl that does not play with anybody or any things that mess with her loved ones.

I always have my daughter in my videos. She is in my videos for “Remember”, “Kamihikoki”, “Ashes”, “Gangsta”… Whenever I can have her, she’s there. You can see how much she’s grown since her first cameo in “Remember”. All of the other people in the “Bad Bad” video are my friends too!

Whenever we shoot in Okinawa, my home island, I do the location hunting myself. I love this island. It’s my heart. I used to produce videos and movies too so I know a lot of places and have a lot of ideas. I go to these different places on the island myself and present the ideas to the directors.