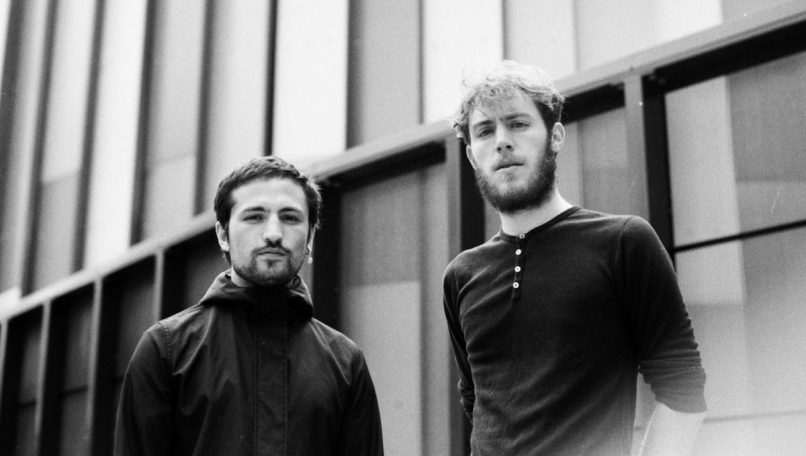 Electronic music outfit Brutalist are comprised of Australian producer Lucian Blomkamp and France-based Seekae founding member John Hassell. The two first met during a chance encounter at a concert in 2015 and quickly bonded over “pretty dorky” shared interests in music.

There’s hardly anything “dorky” about the music they make together, though, as evidenced by their upcoming EP. Titled Michael J Fox, it’s due for release on September 18th via Good Manner Records.

Lead single “South Street” from July set the scene for a murky and foreboding sonic landscape. Today’s offering, “Movements”, builds on that theme, its melodies tantalizing yet ghostly. It’s the kind of track that lures you in with just the right amount of light, only to consume you in darkness a few seconds later.

That ebb and flow characteristic seems to have been inspired by the conditions in which the song was created. “‘Movements’ came about after a very harsh English winter, where there was an overwhelming sense of claustrophobia,” Hassell explained in a statement. “That desperate need to move despite everything telling you not to. It doesn’t aim to provide hope or comfort, but rather an erratic desire to feel somewhat free.”

Hear it below. Pre-orders for Michael J Fox are ongoing.

Outside of Brutalist, Blomkamp’s name may ring a bell for R&B and hip-hop heads. The producer contributed to East Atlanta Love Letter, the 2018 Grammy-nominated album from 6LACK.