A joyful English-language offering from the beloved K-pop boyband 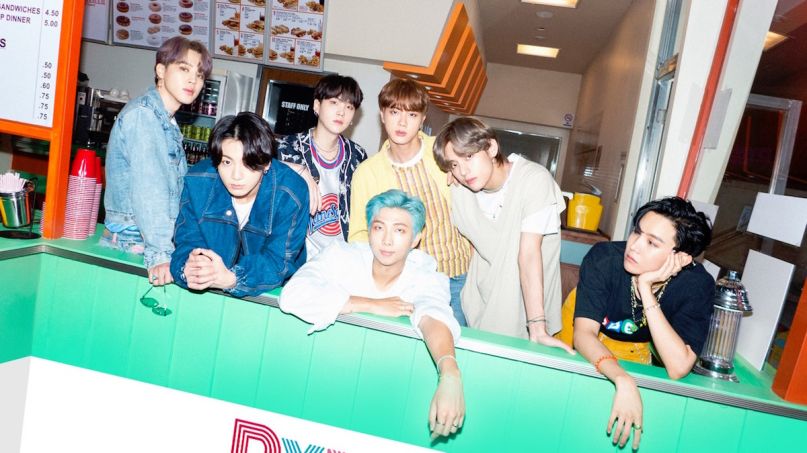 The English-language offering finds the beloved K-pop purveyors hitting the disco dance floor and channeling their inner Saturday Night Fever. A much welcomed reprieve from these strange times, the track is filled with joy and appreciation for all the little things that life has to offer.

In the corresponding clip, directed by Yong Seok Choi (Lumpens), BTS deliver choreography consisting of “simpler movements [that are] tastefully connected, allowing each member to sing and express themselves to their hearts’ extent.” The seven-piece boyband can be seen singing in front of a “Disco” storefront, as well as a beautiful pink lemonade sunset.

Check out the explosive “Dynamite” below.

BTS will deliver the live debut of “Dynamite” at the MTV VMAs on August 30th, marking their first time to ever perform on the awards show. The new track follows their recently released Japanese-language album Map of the Soul : 7 ~ The Journey ~, a companion effort to the stellar Map of the Soul: 7.

For even more of the adored group, a new concert film titled Break the Silence is set to open in US theaters on September 24th. The visual documents BTS’s first worldwide stadium tour that took place last year.