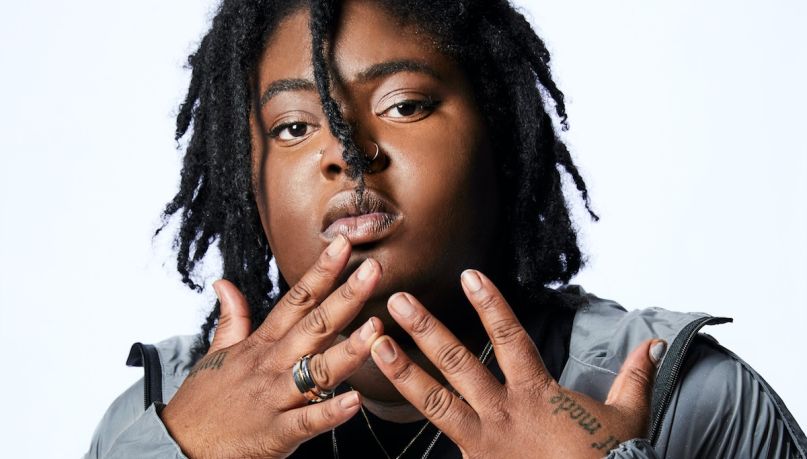 Emerging rapper Chika first turned our heads earlier this year with her Industry Games EP, anchored by solid singles like “Crown” and the title track. But her rising star had actually been shining brightly well before that release.

The Alabama-born artist made her grand introduction in 2018 when she freestyled over Kanye West’s “Jesus Walks”. It wasn’t so much the flow that drew in the crowds, but the pointed subject matter she so unabashedly addressed: Chika took Ye to task over his support for Donald Trump.

“I gotta admit it, I’m annoyed/ You came up on n*ggas’ coin/ We thought you could fill a void. You a puppet,” rapped Chika, before outright closing the door on Kanye. “You looked at all your fans and said ‘f*ck it, I’m on now’. That n*gga from Graduation, sorry y’all, he gone now.”

The freestyle earned Chika plenty of praise, in addition to cosigns from prominent artists like Cardi B, Missy Elliott, and Erykah Badu. It also essentially put Chika, who is also a poet and activist, on a promising path to hip-hop success.

Fast forward to the present and Chika not only still has the backing of those big names, but Snoop Dogg just “crashed” one of her Instagram Live sessions to offer his accolades. “I’m here to tell you I f*ck with your music,” the rap icon gushed.

Chika has also released two new singles in the span of just two weeks. First came the colorful “U Should”, followed by today’s “My Power”. Equal parts triumphant and confident, it finds the 23-year-old prodigy dropping flexes like “Crazy with the skill, believe me I can go for hours.” It’s clear Chika knows she’s officially arrived, and that she deserves the red carpet welcoming.

Along with being another solid entry from the young MC, “My Power” is the theme song to Project Power, Netflix’s new sci-fi superhero film. Chika also happens to make her acting debut in the movie, appearing alongside folks like Jamie Foxx and Jospeh Gordon-Levitt.

Listen to Chika wield “My Power” below, followed by that famous freestyle, and prepare to hear a lot more of her name.

A letter to Kanye Omari West. Over his own beat. 🤮 pic.twitter.com/5xdxKJ7d4l