New album GOOD LUCK WITH WHATEVER lands in October 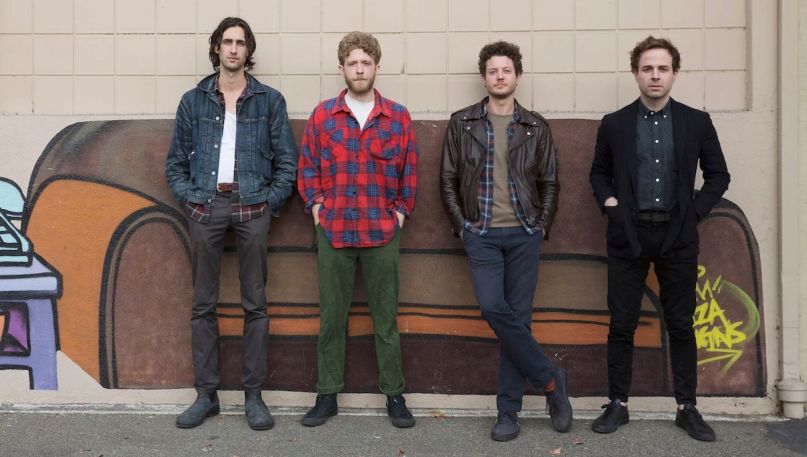 This fall marks the arrival of GOOD LUCK WITH WHATEVER, the newest studio album from folk rock outfit Dawes. Recorded with Grammy-winning producer Dave Cobb (Brandi Carlile, Jason Isbell), the nine-track LP is being previewed today with a single called “St. Augustine at Night”.

Quiet and reflective in tone, it finds Dawes frontman Taylor Goldsmith reminiscing about home and the way that place made him feel. “But I didn’t want it any other way/ This town was the one thing that felt right,” he sings. “All these tourists could be kings during the day/ But not in St. Augustine at night.”


In addition to being about “one’s relationship to their hometown,” in a statement Goldsmith said the track is “about the varying degrees in which we all watch our lives pass us by.”

Check it out below via its lyric video, which features footage from St. Augustine, Florida. Also revisit Goldsmith’s performance of the song on CBS This Morning from earlier this year. (On another note, Goldsmith recently picked up an Emmy nomination for his work on This Is Us. He and the show’s star Mandy Moore are married.)

For more of GOOD LUCK, listen to lead single “Who Do You Think You’re Talking To?”. The follow-up to 2018’s Passwords officially drops October 2nd and pre-orders can be found here.