First-ever collaboration sees the pair calling *all* the shots 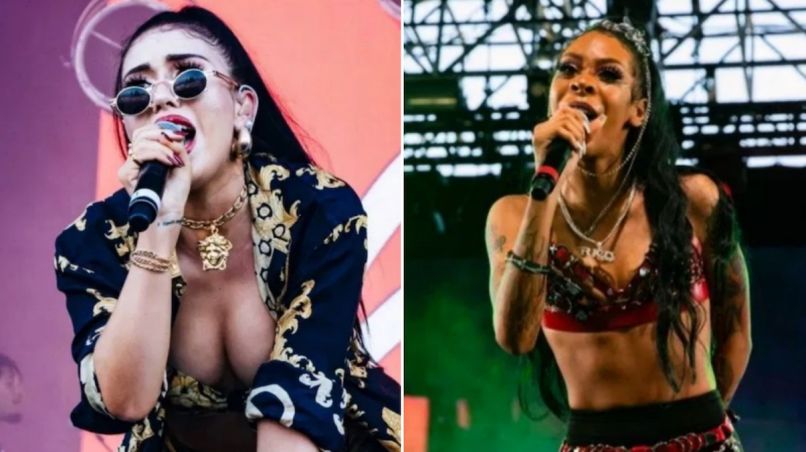 Kali Uchis and Rico Nasty have combined their talents on a new single called “Aquí Yo Mando”. It marks the first-ever collaboration between the Colombian-American neo-soul singer and Maryland-born rapper.

The track’s title roughly translates to “Here I Command”, though there’s also a similarly named Chilean telenovela that translates to “I Am the Boss”. Either way, listeners should already know what to expect from these two women here: unabashed domination and forceful flexing, both in and out of the bedroom.

“I’m your little mamacita/ You do everything that I say/ If you’re with me, only I call the shots,” Uchi sings, following later with, “I make the decisions, I pick the positions/ You can have the balls, but me the pants.”

Stream “Aquí Yo Mando” down below. Update: Kali and Rico have dropped a music video for the song, which you can see below.

Today’s new song follows Uchis’ To Feel Alive demos EP from April, which she recorded because she “can’t give you my album yet.” Her last full-length came with Isolation in 2018. Rico has been far more preoccupied lately, contributing songs to HBO’s Insecure, Kevin Durant’s new Showtime documentary, and the new Scooby-Doo movie. The MC most recently appeared on the fresh remix record from 100 gecs.