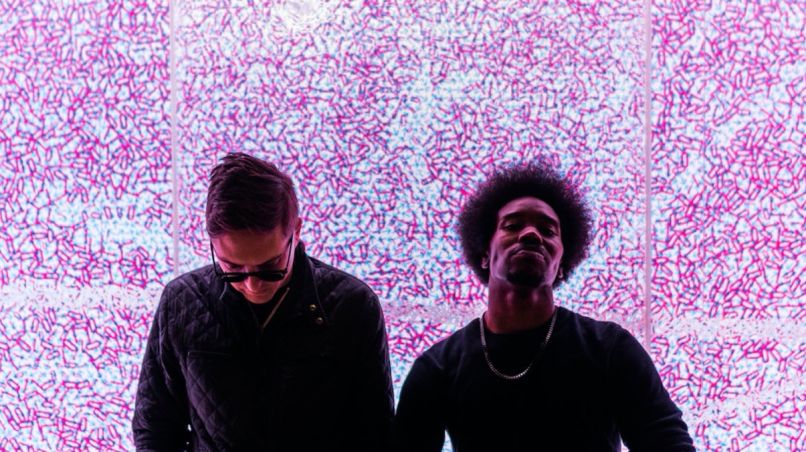 Seattle producer L’Orange is a wizard when it comes cueing up just the right soul sample at just the right time. He’s used his magic on his own solo catalog, but also on countless collaborative albums with folks like Jeremiah Jae and Kool Keith. His latest joint effort is Marlowe 2, the sophomore LP from his Marlowe project with North Carolina rapper Solemn Brigham.

L’Orange and Brigham first teamed up in 2018 for their debut album Marlowe. A continuation of that record, today’s release is a collection of songs sounding both of this era and yesteryear, thanks in part to L’Orange’s crate-digging skills and ear for vintage gold and a well-timed interlude. (L’Orange is said to source music from pre-1950s jazz, soul, and radio.) Brigham keeps Marlowe 2 in the present, as he rhymes about current social issues such as police brutality and economic inequality.

All 18 songs on Marlowe 2 are streaming below. The full album, out through Mello Music Group, is available to purchase over on Bandcamp, which is waiving its cut of sales today as part of the site’s ongoing Bandcamp Fridays campaign. In other words, the alt-rap duo will directly benefit from each and every purchase.