Another gem from the upcoming Sign O' the Times reissue 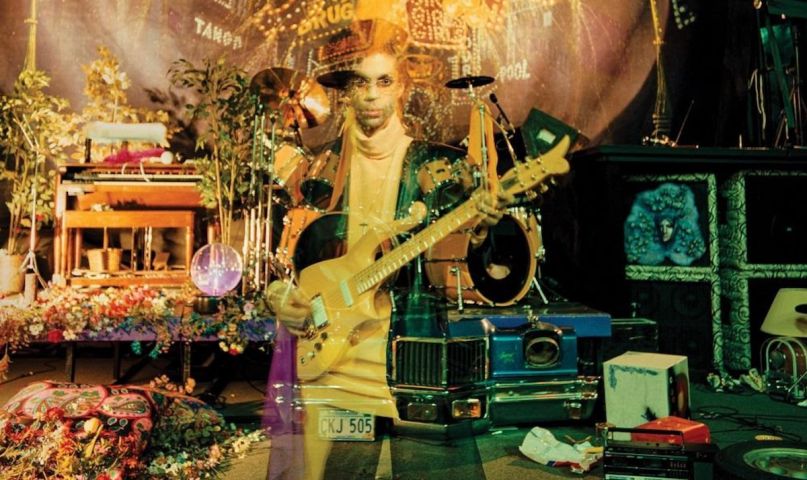 Shortly after Prince’s death in 2016, it was discovered that his vault contained enough archived music to last a century. That wasn’t an exaggeration.

This September, his estate will release a massive reissue of his 1987 masterpiece, Sign O’ the Times. This expanded collection is filled to the brim with 63 (!) unreleased tracks, as well as a previously unseen concert film recorded at Paisley Park on New Year’s Eve that same year.

One of those hidden gems is “Cosmic Day”, which is being shared today. The track was originally recorded at Sunset Sound, Studio 3 in November 1986 with engineers Susan Rogers and Coke Johnson. According to a statement, it’s possibly “the most revered recording” of the entire reissue, and it’s not at all difficult to see why.

Here Prince embraces his most psychedelic self, while also fantastically singing about Mermen soaring across the sky and swimming through the seven seas. What’s more, The High Priest of Pop performs the entire song using his “Camille” alter ego, marked by its pitched-up and androgynous vocals. Stream it below.

A press release details that although “Cosmic Day” never properly saw the light of day either on Sign O’ the Times or Prince’s box set of bootlegged material, Crystal Ball, bits and pieces of the song were later incorporated into the funk legend’s Lovesexy tour intermission in 1988.

“Cosmic Day” follows reissue rarity “Witness 4 The Prosecution (Version 1)” and a never-before-released 1979 version of “I Could Never Take the Place of Your Man” as previews of the box set. The full jam-packed reissue is officially due out September 25th and pre-orders are ongoing.