The Kansas City band's third LP is out next month 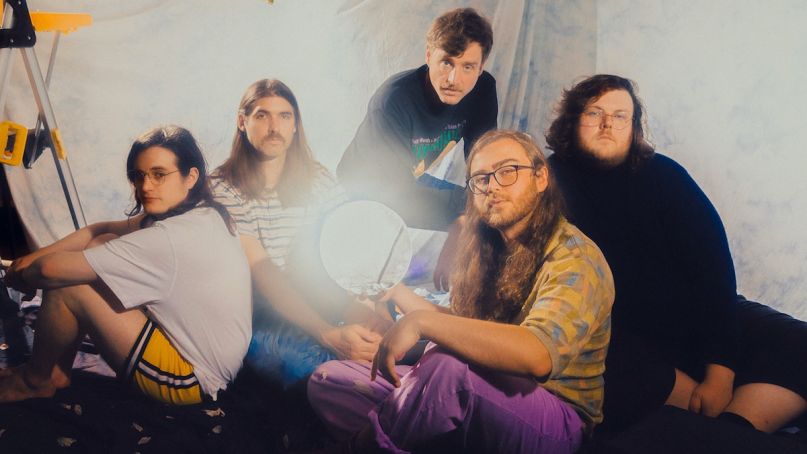 Talk Loud is the group’s first effort since their ebullient 2018 record Bell House. This time around, the formerly guitar-focused band lets synths, auxiliary percussion, and colorful vocal deliveries do most of the heavy lifting, resulting in the Kansas City natives’ most playful and experimental record yet.

New single “View from the Sky” is a perfect example of Shy Boys embracing their kooky side. The lead vocals are sugary sweet and the doo-wop-like harmonies are charming as hell, but there’s an unsettling keyboard plink in the verses that makes the whole thing feel just a little uneasy.

Its accompanying batshit music video really drives that point home, featuring the band members — dolled up in freakish face paint — poking their heads through a green-screened circle that’s constantly shifting between animated visuals. See it for yourself below.

In a statement, Shy Boys said that “View from the Sky” is a “satirical anthem” for the ghoulish ruling class of our current moment. “When we write about the overlords of our era (Bezos, Kushner, Trump, etc.) it’s because we hate the unfettered capitalism but fantasize about the lifestyles of the rich and famous; because we hate ourselves for wanting what they have,” the group remarked. “But it helps to name the ways they’re evil, and recognize hints of that behavior within us.”

Talk Loud is out September 25th and pre-orders for the record are available now.