Once an "honorary member", Bird recorded three albums with the swing and jazz band 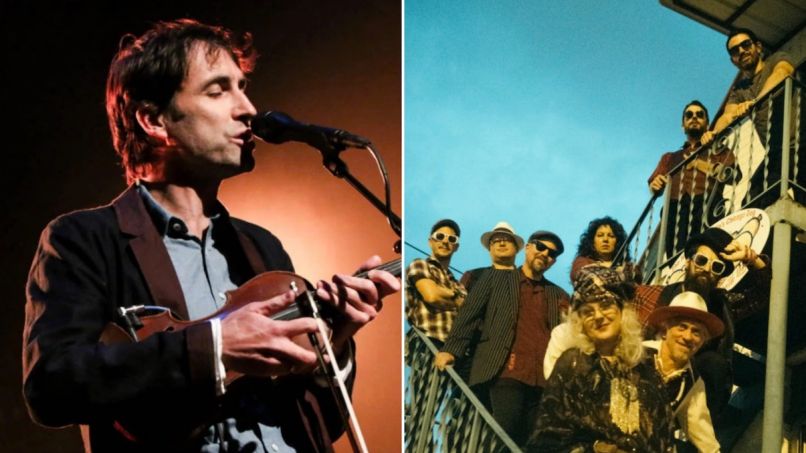 Prior to finding solo success, Andrew Bird played in a number of different groups. One of those was the jazz and swing band the Squirrel Nut Zippers, with whom he recorded three albums, the most recent being 1998’s Perennial Favorites.

Today, Bird reunites with SNZ on a new single called “Train on Fire”. Taken from a new SNZ album, it’s a twangy and noticeably eerie listen, and one that welcomes Bird’s talents (namely violin and backup vocals) back into the fold.

According to a press statement, upcoming record Lost Songs of Doc Souchon (September 25th) promises plenty more unsettling SNZ tunes. “This new album was inspired by all of the mysterious characters from the history of New Orleans jazz music,” commented the band. “It speaks to the hidden roots of where our aesthetic, interests and philosophy comes from. It pulls on the hidden thread.”

Check out “Train on Fire” below via a video directed by SNZ leader Jimbo Mathus.

While it’s been over 20 years since Bird hit the studio with all of SNZ, the indie rocker and multi-instrumentalist did play with Mathus as part of Bird’s “Live From the Great Room” video series that launched in 2016. Find their collaborative performance ahead.

This past April, Bird shared a single dubbed “Capital Crimes”. In the fall, he’s set to appear in the highly anticipated fourth season of Fargo.