Will Butler Longs for Change on New Single “Close My Eyes”: Stream

Another teaser of sophomore album Generations 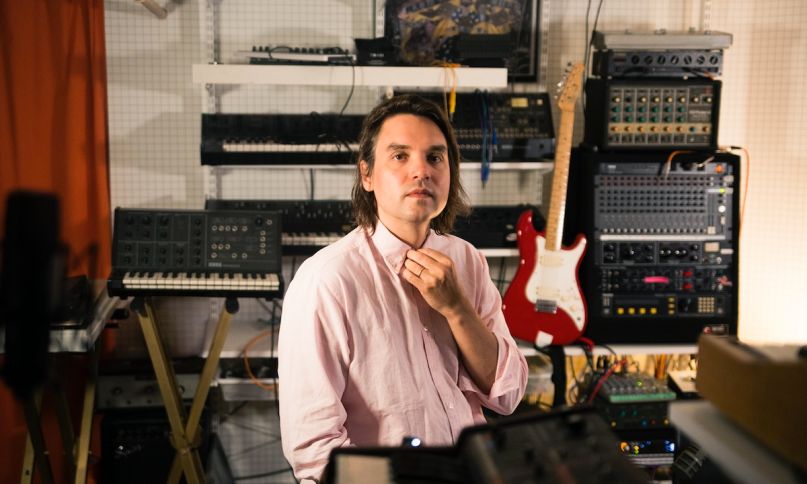 Will Butler, photo courtesy of the artist

Generations is the new solo album from Arcade Fire member Will Butler. Slated for arrival this fall, it’s being previewed today with a single titled “Close My Eyes”.

The follow-up to last month’s “Surrender”, today’s single finds Butler feeling stagnant and yearning for change — a sentiment those of us still in quarantine can certainly understand. “I tried to make the lyrics a straightforward and honest description of an emotion I feel often — a drive for change coupled with despair,” he said in a statement.


“‘I’m tired of waiting for a better day. But I’m scared and I’m lazy and nothing’s gonna change,'” continued Butler. “Kind of a sad song,” continued the indie rocker. “Trying to tap into some Smokey Robinson/Motown feeling—“I’ve got to dance to keep from crying.”

Butler self-directed the new song’s corresponding music video. In it, he’s seen sitting in a rowboat built by his grandfather as it floats across a lake. There are also moments when he’s partially submerged underwater — a fitting metaphor for feeling restrained or lost. Check it out below.

Generations, which follows 2015 debut album Policy, is officially out September 25th through Merge Records. It’s up for pre-order here.

As for Arcade Fire proper, a new record from the indie veterans is already in the works and a fresh single is likely coming sooner than later. Butler’s brother Win and Régine Chassagne also recently performed a few Arcade Fire songs as part of a Salesforce livestream.