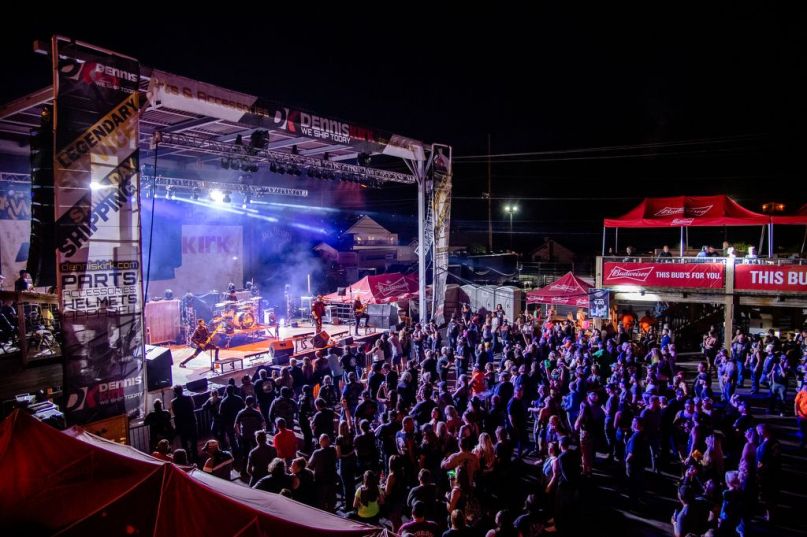 Fears over this year’s Sturgis Motorcycle Rally of becoming a super-spreader event for the coronavirus are unfortunately now being realized.

As of this week, health officials in eight states have confirmed more than 100 cases of COVID-19 connected to the rally, according to CBS News. In the rally’s home state of South Dakota, there have been 40 documented cases, while officials in nearby Minnesota have counted 35 cases to date.

And it stands to only get worse in the days to come. According to The Associated Press, an analysis of anonymous cell phone data from Camber Systems, a firm that aggregates cell phone activity for health researchers, found that 61% of all the counties in the US have been visited by someone who attended Sturgis. Health officials say conducting contract tracing across such a large swath of the country is virtually impossible.

Upwards of 450,000 people attended the Sturgis Motorcycle Rally earlier this month, making it the largest physical mass gathering to take place in the US since the beginning of the pandemic. Organizers behind Sturgis’ flagship event, the Sturgis Buffalo Chip, encouraged its attendees to follow CDC guidelines as it pertained to the pandemic. They promised that hand sanitizer would be readily available throughout the park, and that guests would be required to have a mask with them upon entering the amphitheater.

However, photos and video from the Buffalo Chip showed few people wearing masks or practicing social distancing. One of the event’s headlining musical acts, Smash Mouth, even seemed to mock the pandemic, yelling out at one point, “Fuck that COVID shit!”

Our contributing photographer, Amy Harris, attended several other Sturgis events over the weekend and reported seeing a similar disregard for CDC guidelines. “I definitely stood out in the crowd with the camera and as one of the few people in town wearing a face mask,” she recounted. “No one that I spoke to during the entire weekend denied that the virus existed. They simply stated that they were willing to take the risk to get out of the house and see their friends for the annual trip.”

Meanwhile, The Associated Press spoke to an Arizona resident who attended the rally, “sat at a bar elbow-to-elbow with guys,” and then returned home — and chose not to quarantine.