Sylvan Esso Perform “Ferris Wheel” from the Back of a Truck on Samantha Bee: Watch 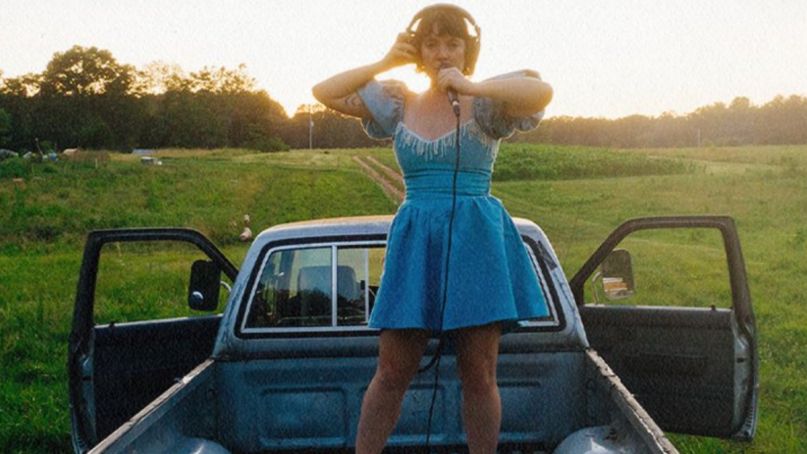 In the COVID era, Samantha Bee has taken “remote filming” to the extreme. She’s been shooting Full Frontal out in the woods with her husband, Jason Jones, serving as her only crew. It’s made for some great coronatainment, but it’s also given musical guests an interesting challenge when delivering their performances.

Back in June, Dirty Projectors solved the social distancing issue by setting up shop in Bee’s shed. On Wednesday night, Sylvan Esso took on the task by hopping into a pickup truck and driving through the fields around Bee’s house. Yes, they actually performed in a moving vehicle, and it was all captured by a drone camera.

While dogs and at least one pig ran alongside the truck, Amelia Meath danced in the bed and delivered “Ferris Wheel”. The driver (was that ban mate Nick Sanborn?) kept things nice and steady as Meath sang the single from their forthcoming album, Free Love. Dancing and grooving as comfortably on her tiny mobile stage as she ever does on a typical one, Meath made the most of the odd circumstances for one of the delightful late-night performances of quarantine.

Watch the replay below. Sylvan Esso’s Free Love is set to arrive September 25th via Loma Vista. Earlier this year, the band released their live album and concert film WITH.