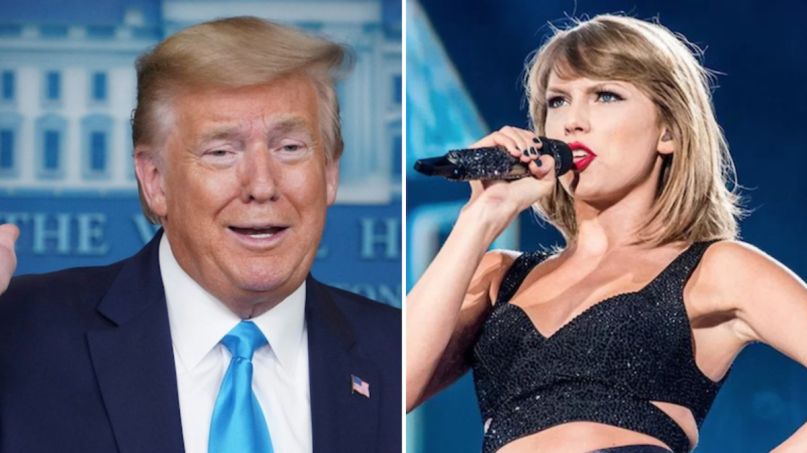 The rise of Political Taylor Swift continues as the pop star has taken a swipe at Donald Trump over the worsening crisis with the US Postal Service.

For those unaware, Trump recently admitted that he was holding up funding of the USPS — which has been removing mailboxes and sorting machines across the country — because of mail-in voting. He then said he’d only compromise on funding the vital service if Democrats caved on Republican’s demands for COVID-19 relief.

Many see Trump’s crass handling of the situation as a corrupt attempt to sabotage the election, and that includes T. Swift. “Trump’s calculated dismantling of USPS proves one thing clearly: He is WELL AWARE that we do not want him as our president,” she wrote in a tweet. “He’s chosen to blatantly cheat and put millions of Americans’ lives at risk in an effort to hold on to power.”

In a follow-up post, Swift tied the USPS situation to the pandemic, suggesting an immoral Trump is trying to use chaos to steal the presidency. “Donald Trump’s ineffective leadership gravely worsened the crisis that we are in and he is now taking advantage of it to subvert and destroy our right to vote and vote safely,” she said. “Request a ballot early. Vote early.”

Swift’s Trump targeting comes a few days after she retweeted Kamala Harris, voicing her support for the presumptive Democratic vice presidential nominee with a simple, “YES.”

After spending much of the 2016 election mum, the folklore singer has been far more vocal in the Trump era. Back in May, she slammed Trump for “stoking the fires of white supremacy and racism,” and in June called for the removal of “racist” Confederate statues.

Donald Trump’s ineffective leadership gravely worsened the crisis that we are in and he is now taking advantage of it to subvert and destroy our right to vote and vote safely. Request a ballot early. Vote early.