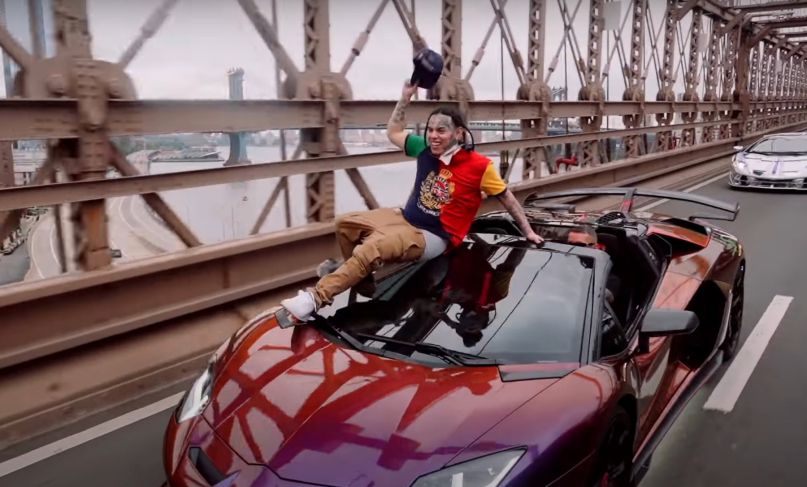 Tekashi 6ix9ine wasted no time returning to the streets upon completion of his house arrest. The controversial rapper filmed a new music video in Brooklyn early Sunday morning. Hours later, he dropped the finished product — and it’s caught the attention of the NYPD.

In February 2019, Tekashi 6ix9ine was sentenced to 24 months in prison after pleading guilty to racketeering, firearm possession, and drug trafficking charges. His lenient plea deal came as a result of his cooperation — or snitching, as others have called it — with the prosecution. Despite the threat of retaliatory violence from his former gang, 6ix9ine turned down an offer for witness protection.

In April of this year, 6ix9ine was granted an early release from prison amid concerns over the coronavirus. The rapper’s legal team requested he be freed because he suffers from asthma, which put him at a greater risk to become ill from the virus. The federal judge overseeing the case agreed and allowed 6ix9ine to serve out the remaining four months of his sentence in home confinement with a GPS monitor.

From the safety of home confinement, 6ix9ine was able to release new music and videos, including “Gooba”, “Trollz”, and “Yaya”. “Punani” marks his fourth single/video since being released from prison, but first done outside in public. As such, while filming the video, TMZ reports that 6ix9ine was surronded by a large security detail and several street near the production were blocked off.

Though 6ix9ine was able to film the video without incident, he already finds himself in hot water with the NYPD, who didn’t take kindly to scenes of cars driving recklessly on the street. The rapper also reportedly didn’t have a permit to conduct the shoot.