Everyone Is Evil in the Trailer for Netflix’s The Devil All the Time: Watch 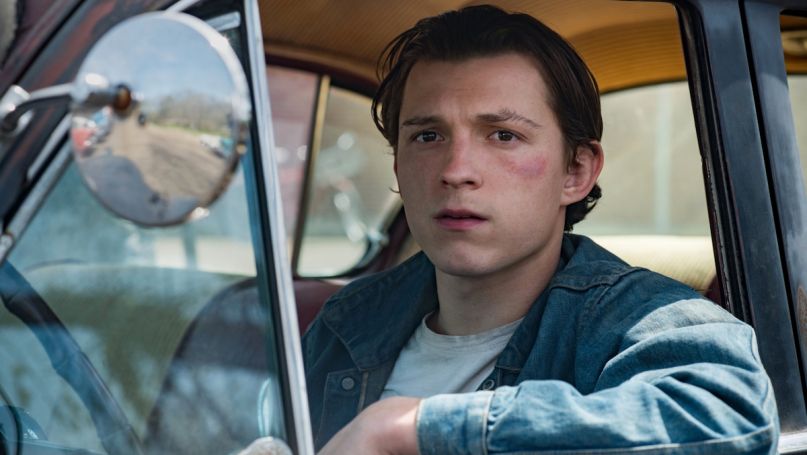 Tom Holland in The Devil All the Time (Netflix)

Spider-Man and Batman are finally coming face to face. No, it’s not an MCU/DCEU crossover movie, but Tom Holland and Robert Pattinson are co-starring in Netflix’s new gothic thriller The Devil All the Time. The streamer has today shared the first trailer for the film ahead of its September 16th release date.

Now, if the preview doesn’t give you a clear idea of the movie’s plot, that’s kind of the point. Based on Donald Ray Pollock’s 2011 debut novel, the nonlinear story spans from the end of World War II to the beginning of the Vietnam War. It follows a group of disparate characters in rural Ohio: an orphan (Holland), a preying preacher (Pattinson), a couple that murders for art (Jason Clarke and Riley Keough), and a crooked sheriff (Sebastian Stan). The violence and crime of all these damaged individuals converge in tale that’s as much about mood as it is storytelling.


(Nerdy side note, Chris “Captain America” Evans was originally cast as Sheriff Lee Bodecker, but scheduling conflicts led to him recommending the Winter Soldier himself, Stan, for the role. Imagine Spidey, Batman, and Cap all in one movie?)

Other co-stars include Bill Skarsgård, Mia Wasikowska,, and folk musician Pokey LaFarge. Directed by Antonio Campos (Simon Killer, Christine) and produced by Jake Gyllenhaal, The Devil All the Time debuts on Netflix on September 16th. Watch the trailer below.